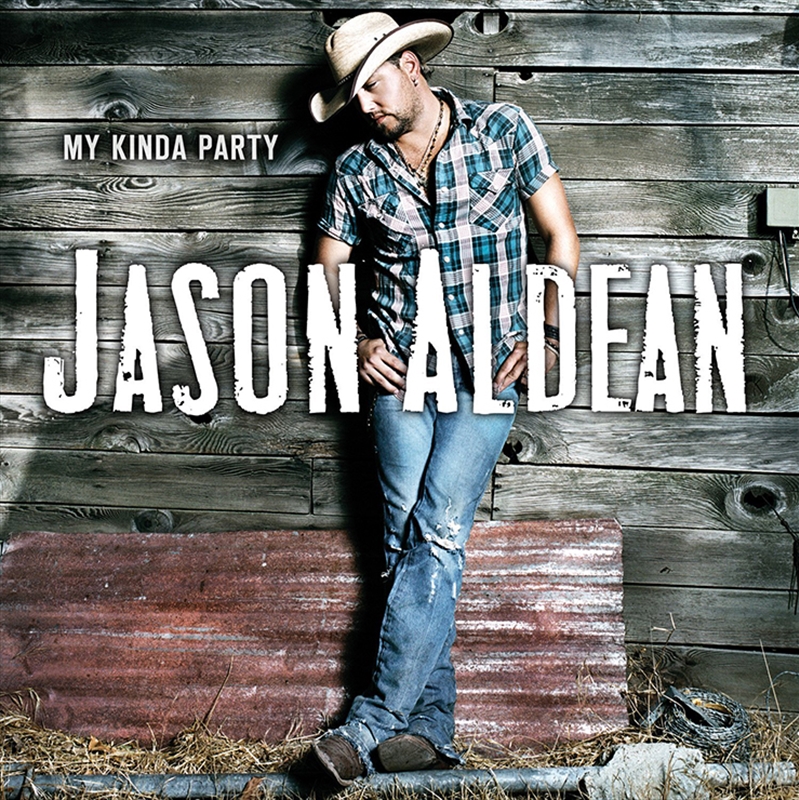 Jason Aldean isn't a country music traditionalist -- unless one counts the pop- and rock-edged new country that emerged in the 1990s as a tradition, and since it's cruising well into a second decade as the dominant music on country radio stations, perhaps it is a tradition by now. Aldean loves electric guitars, and there's more Eagles and even AC/DC in his sound than there is George Jones, which, again, given the state of country music in the 21st century, hardly makes him a maverick.

He's not a strong singer, although he gets things done well enough, and he isn't a songwriter, either, but since the commercial success of 2009's Wide Open, which yielded three hit singles ("She's Country," "Big Green Tractor," and "The Truth"), he got his pick of the best songs from Nashville's veteran writers for his new album. Produced by Michael Knox , My Kinda Party has an impressive sonic consistency, full of churning and chiming electric guitars (provided by guitarists Kurt Allison and Adam Shoenfeld -- Aldean uses his touring band in the studio) wrapped around big songs with small-town themes.

At best, this formula produces energetic tracks like the wonderful opener, "Tattoos on This Town"; the small-town Saturday night anthem "My Kinda Party" (the lead single from the album); and the air-guitar epic "Days Like These," which closes this set out. Aldean even tackles a straight ballad like "The Heartache That Don't Stop Hurting" with enough sincerity and style to make it work. Again, there are layers of electric guitars everywhere, and truthfully, Aldean has found success because he finds songs that fit his voice and then lets the guitars do what they do. He does just enough, and doesn't reach for the stars -- it's a formula that should keep on working into the near future.

Tattoos On This Town

I Ain't Ready to Quit

See You When I See You

If She Could See Me Now