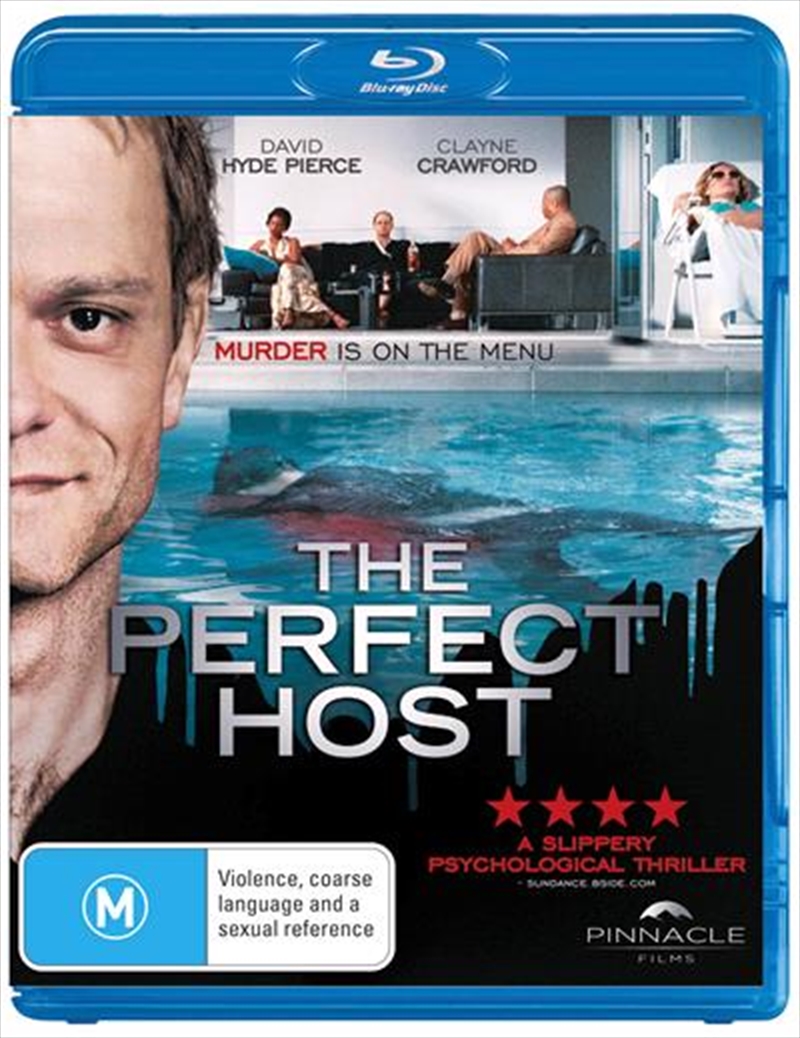 A criminal on the run cons his way into the wrong dinner party where the host is anything but ordinary.JOHN TAYLOR (Clayne Crawford)(has just robbed a bank. He planned and executed it perfectly. It comes as a shock to him then, when he discovers the robbery is all over the news and he has been identified as the perp. Injured from the robbery and now in a car known to the cops, John has a problem. He must ditch the vehicle and get off the streets.WARWICK WILSON (David Hyde Pierce)(has showered, shaved and is in the middle of preparing the dinner party that he will be hosting that evening. Warwick is a little surprised when the intercom of his slick Los Angeles home buzzes. The man on the intercom screen introduces himself as John, a friend of a friend, and in need of a favor.Warwick, who prides himself on being a perfect host decides to take a chance and invites John in. As the night progresses neither man can conceal his true nature. What was assumed is turned upside down.