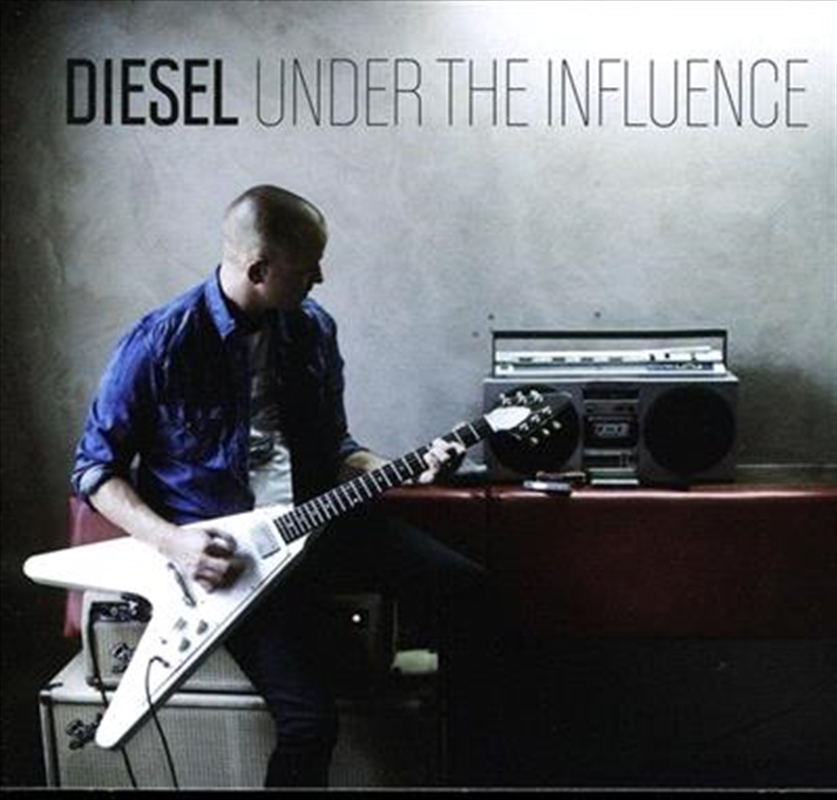 Shipping - See delivery options.
Postcode:
Quantity:
SEE MORE IN:
Diesel
Diesel's career has taken him to the four corners of the globe, and he continues to be one of the country's foremost live performers. And now after 25 years, just when you thought you knew him, Diesel comes out with an album that defies all preconceptions. 'Under the Influence' is a spellbinding musical exploration with Diesel re-discovering the songs, the songwriters and the musicians that highlight the musical genius of the man. So in less than a fortnight in the studio, Diesel and his well-drilled touring band slammed down a selection of songs made famous by Jimi Hendrix ('Spanish Castle Magic' and 'Wind Cries Mary'); Al Green ('Can't Get Next To You' and 'I'm A Ram'); Neil Young ('Cinnamon Girl') and lesser known tracks by the Sonics ('Have Love Will Travel'), Louis Prima ('Caladonia'), Link Wray ('Rumble') and Albert King ('Cross Cut Saw') among others.

The styles range from straight soul to blues, R 'n' B, classic rock, and even garage punk. Plus the three original instrumental compositions, Thang(s) 4, 5 and 6 which highlight the musical genius of the man. 'Under the Influence' is one of the most eclectic albums of Diesel's career and also one of the most upbeat and accessible. Produced by David Nicholas (INXS, Oils, Jimmy Barnes).

Title: Under The Influence

Have Love, Will Travel

Can't Get Next To You

It's All In The Game