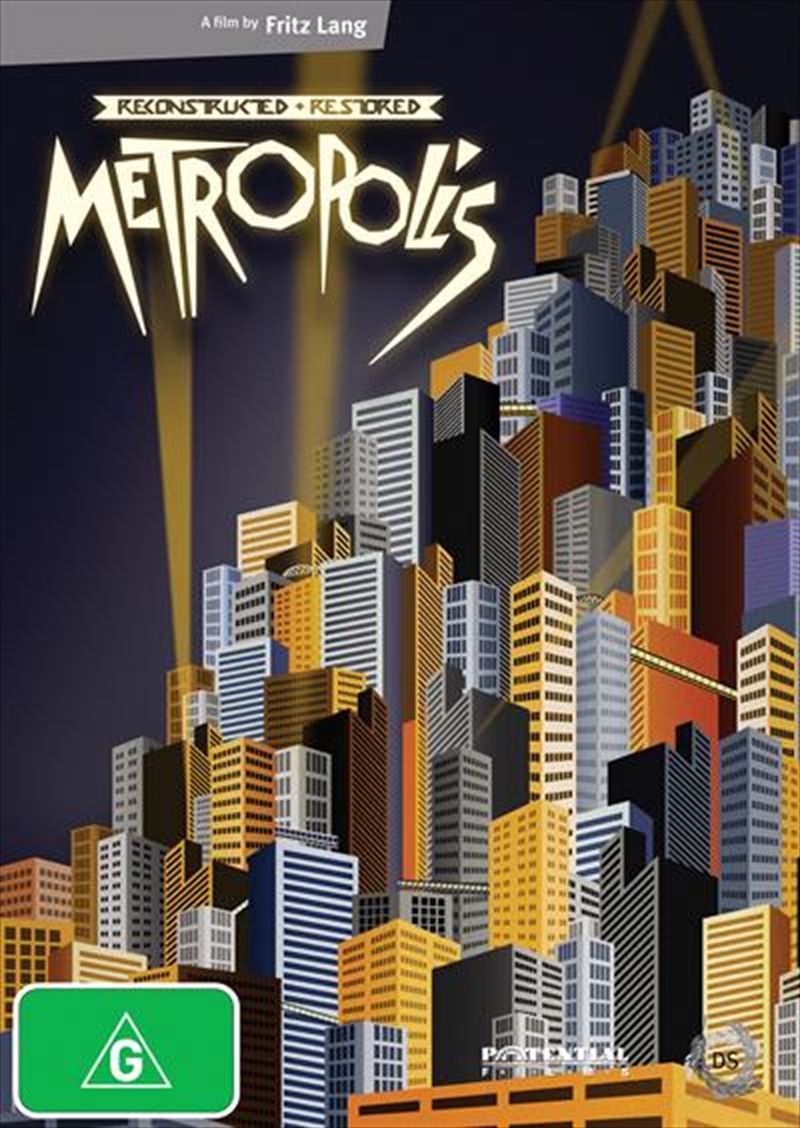 The world's first Science-Fiction blockbuster, METROPOLIS bankrupted its studio when audiences stayed away from its dystopian vision of a future where the leisurely rich repress the working poor. Recut again and again, Lang's original director's cut was long believed lost. Until 2008, when 25 minutes of footage was discovered in Buenos Aires. Now in it's original glory, we present in full METROPOLIS: RECONSTRUCTED & RESTORE