Harrow And The Harvest 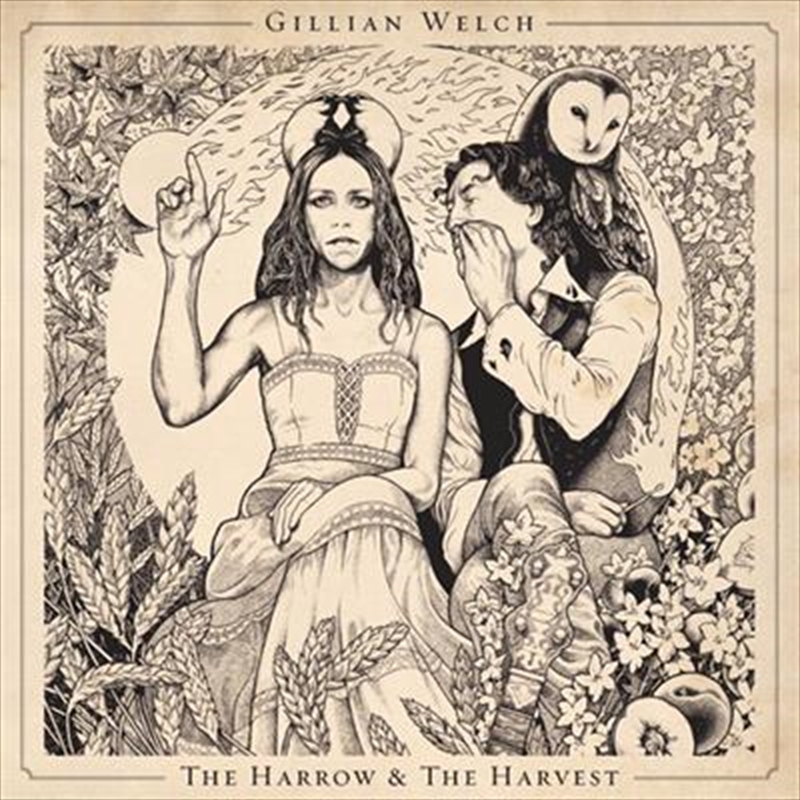 Harrow And The Harvest

The Harrow & The Harvest, the new album by Gillian Welch, features ten new songs recorded at her own Woodland Sound Studios in Nashville, Tennessee and produced by David Rawlings. The album “is a new Southern sound,” writes Colin Meloy of The Decemberists, “with the sort of songs you wouldn’t be surprised to hear issuing from some verdant, wooded hollow in Appalachia; Songs you’d expect to hear hollered from an Asheville grange hall, all too late in the evening. Songs with the wry humour of the back porch. Listen to this record with the lights low. Listen to it on an old radio, cradled next to your ear.”

Uncut Magazine's Album of the Month review calls The Harrow & The Harvest a "timeless country classic, this is Welch's most ruggedly traditional work yet." And closes by lamenting, "The only thing wrong with a Gillian Welch album is that she makes so damn few of them."

Welch and Rawlings met at Berklee College of Music in Boston. Together, they moved to Nashville, TN, where most of their work together has been produced. Since then, they have influenced and inspired new generations of country and folk singers, songwriters and players. They have earned the slavish admiration of many of the most lauded and loved voices of the Americana milieu, and had their songs recorded by the likes of Willie Nelson, EmmylouHarris, and Solomon Burke.

Title: Harrow And The Harvest

The Way It Will Be

The Way It Goes

Down Along The Dixie Line

The Way The Whole Thing Ends