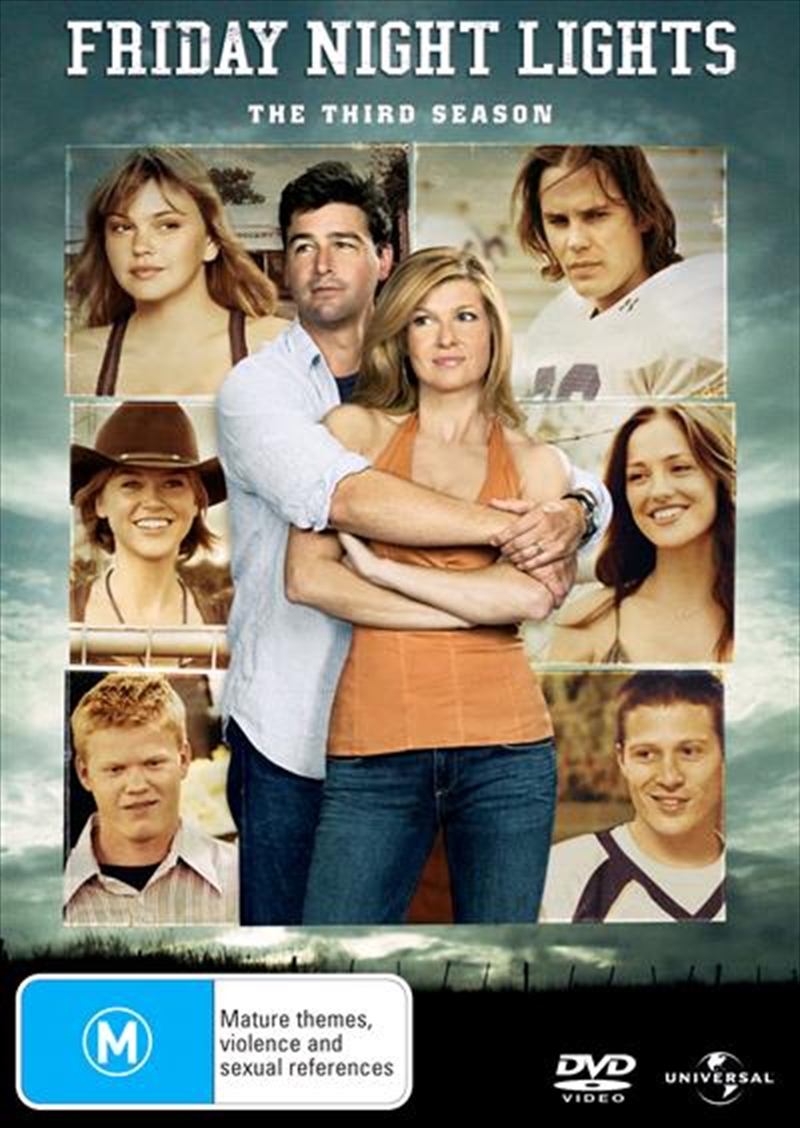 Some televised dramas focus on families, others on singles and couples, but NBC's Friday Night Lights, among the finest shows of the decade, takes on an entire town. As with Sports Night, minimal enthusiasm for athletics presents no hindrance to enjoyment, just an interest in the concerns of Dillon, TX's populace, indelibly captured through authentic locations, handheld cameras, and naturalistic acting. If the off-shoot of creator Peter Berg's feature film doesn't look like most primetime programs, the cinematic score from Austin's Explosions in the Sky contributes to the big-screen impression. Since the first season, Coach Taylor (Kyle Chandler) and his wife, Tami (Connie Britton), now Dillon High principal, remain constants as they guide their charges--including 17-year-old daughter Julie (Aimee Teegarden)--through games, classes, and beyond. Where Jason Street and Smash Williams began as major players, they fade from view in the third as they figure out their post-grad futures. Instead, big-hearted garage-rocker Landry (Observe and Report's Jesse Plemons) emerges as the heart of the show, while his best friend, Matt (Zach Gilford), reaches out to his estranged mother, Shelby (Kim Dickens), for help when his grandmothers deteriorating mental condition becomes too much to bear. If everyone has financial struggles of some kind, new quarterback JD. McCoy (Jeremy Sumpter) shares no such concerns. By the end of the season, however, his controlling father, Joe (D.W. Moffett), will go too far. And after a misguided move into criminal intrigue during the second year, Lights avoids any similar missteps this time around, and the entire cast rises to the occasion, including Taylor Kitsch (Riggins), Minka Kelly (Lyla), and Adrianne Palicki (Tyra), who portrays the show's trickiest character, a self-obsessed senior who takes advantage of Landry whenever it suits her needs.
DETAILS