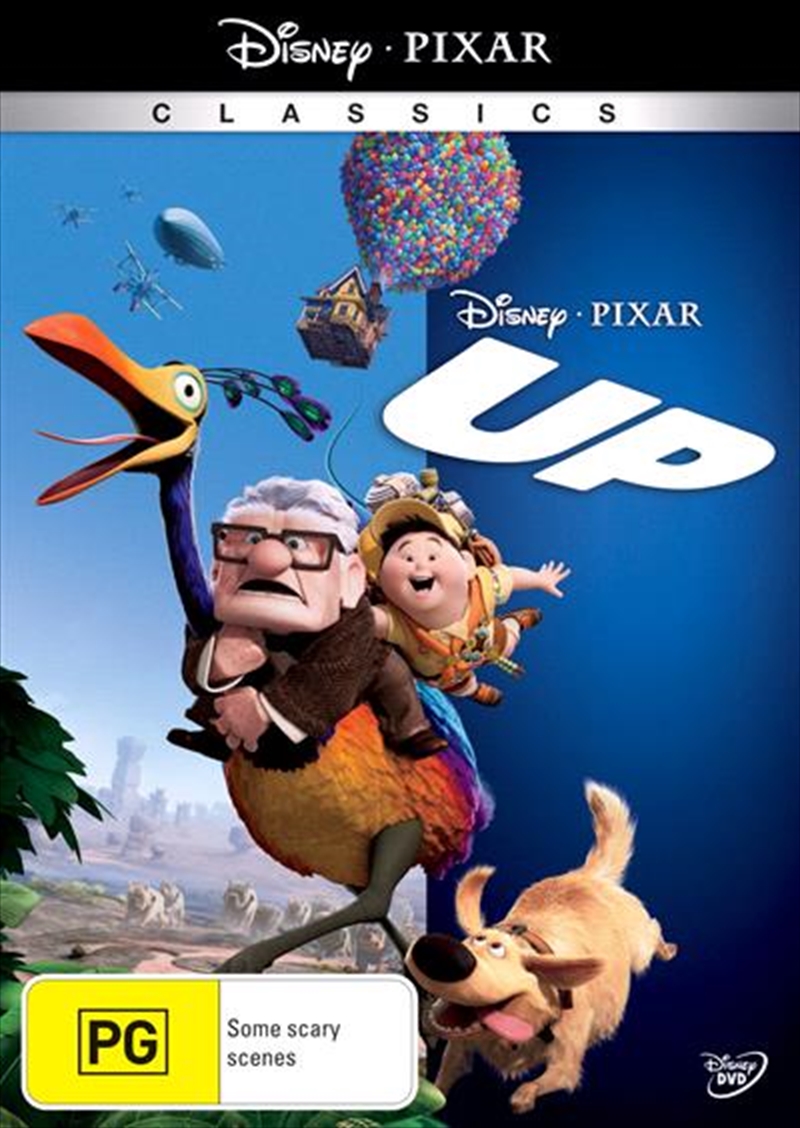 Shipping - See delivery options.
Postcode:
Quantity:
SEE MORE IN:
4 for $50 DVD, Blu-ray & More Feel Good Movies Disney UP
DESCRIPTION
From the revolutionary minds of Pixar Animation Studios and the acclaimed director of Monsters, Inc. comes a hilariously uplifting adventure where the sky is no longer the limit.
Carl Fredricksen, a retired balloon salesman, is part rascal, part dreamer who is ready for his last chance at high-flying excitement. Tying thousands of balloons to his house, Carl sets off to the lost world of his childhood dreams. Unbeknownst to Carl, Russell, an overeager 8-year-old Wilderness Explorer who has never ventured beyond his backyard, is in the wrong place at the wrong time - Carl's front porch! The world's most unlikely duo reach new heights and meet fantastic friends like Dug, a dog with a special collar that allows him to speak, and Kevin, a rare 13-foot-tall flightless bird. Stuck together in the wilds of the jungle, Carl realises that sometimes life's biggest adventures aren't the ones you set out looking for.
Including the hilarious short film "Dug's Special Mission," UP reaches new heights on DVD. It's an adventure that will send your spirits soaring!
TRAILER
DETAILS