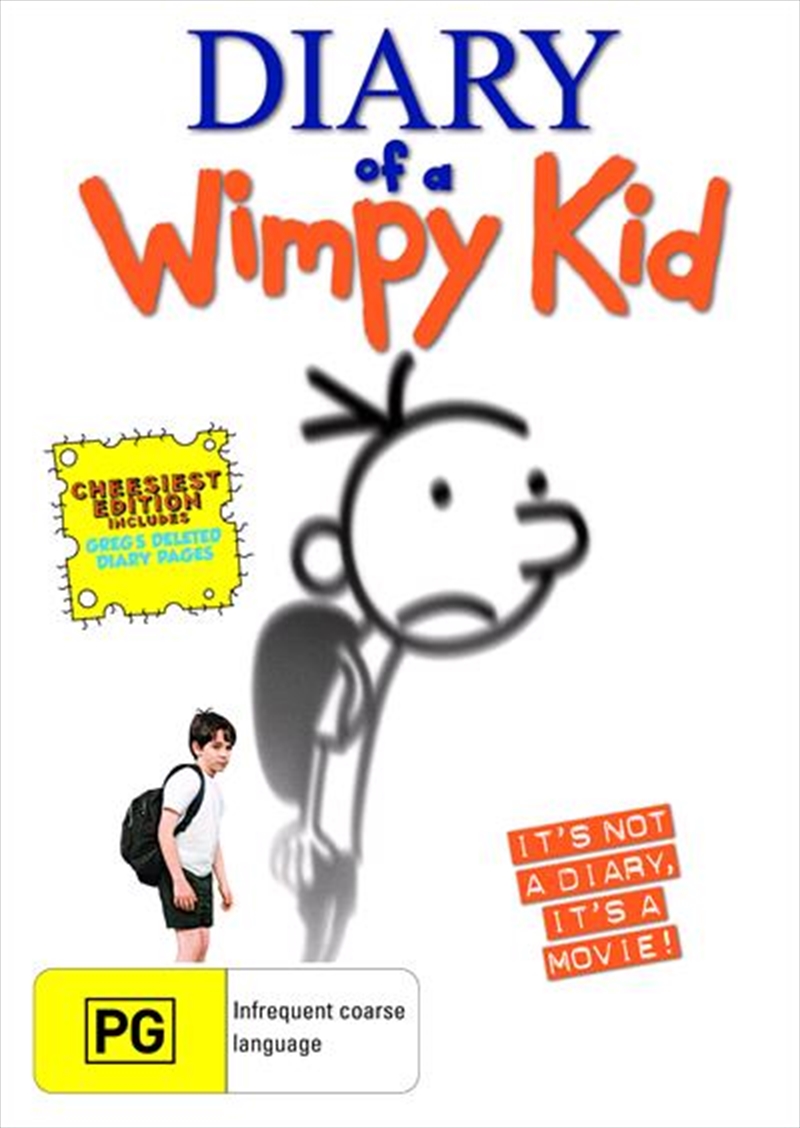 Shipping - See delivery options.
Postcode:
Quantity:
SEE MORE IN:
3 for $30 Movies & More
DESCRIPTION
I'll be famous one day, but for now I'm stuck in middle school with a bunch of morons.

To Greg Heffley, middle school is the dumbest idea ever invented. It's a place rigged with hundreds of social landmines, not the least of which are morons, wedgies, swirlies, bullies, lunchtime banishment to the cafeteria floor - and a festering piece of cheese with nuclear cooties. To survive the never-ending ordeal and attain the recognition and status he feels he so richly deserves, Greg devises an endless series of can't-miss schemes, all of which, of course, go awry. And he's getting it all down on paper, via a diary - "it's NOT a diary, it's a journal!" Greg insists, preferring the less-sissyfied designation - filled with his opinions, thoughts, tales of family trials and tribulations, and (would-be) schoolyard triumphs. "One day when I'm famous," writes Greg, "I'll have better things to do than answer peoples' stupid questions all day." So was born the Wimpy Kid's diary.
TRAILER
DETAILS

Title: Diary Of A Wimpy Kid