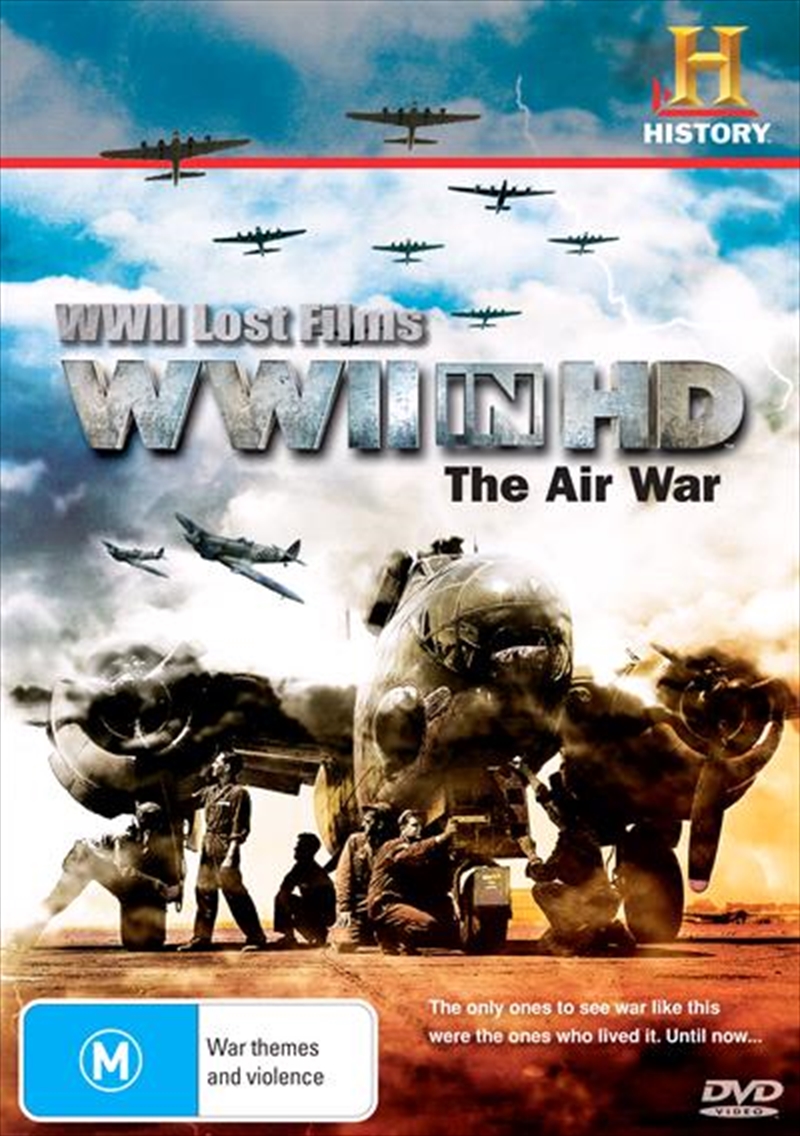 Want to click and collect? Check store availability
DESCRIPTION
Feel the fear and exhilaration of a battlefield 25,000 feet in the air as HISTORY travels with four US veterans on some of the most dangerous, deadly and visually stunning aerial missions of WWII. Following in the footsteps of the Emmy Award-winning series WWII LOST FILMS: WWII IN HD, this two hour special takes viewers inside the U.S. Eighth Air Force as it takes to the skies for an unsung story of bravery and sacrifice. Extraordinary archival footage in colour and never-before-seen HD brings the historic fight for control of the skies to life.Narrated by Emmy nominated actor Rob Lowe. Featuring voices by Casey Affleck, Sean Astin, Chris O'Donnell and Elijah Wood. Air missions of: The B-17s Flying Fortresses; P-47 Thunderbolts; and P-51 MustangsNever-before-seen 8mm footage. Program shot and mastered in High Definition. Presented on standard definition DVD that will play in any standard definition DVD Player.
DETAILS