Somewhere Over The Rainbow - The Best Of 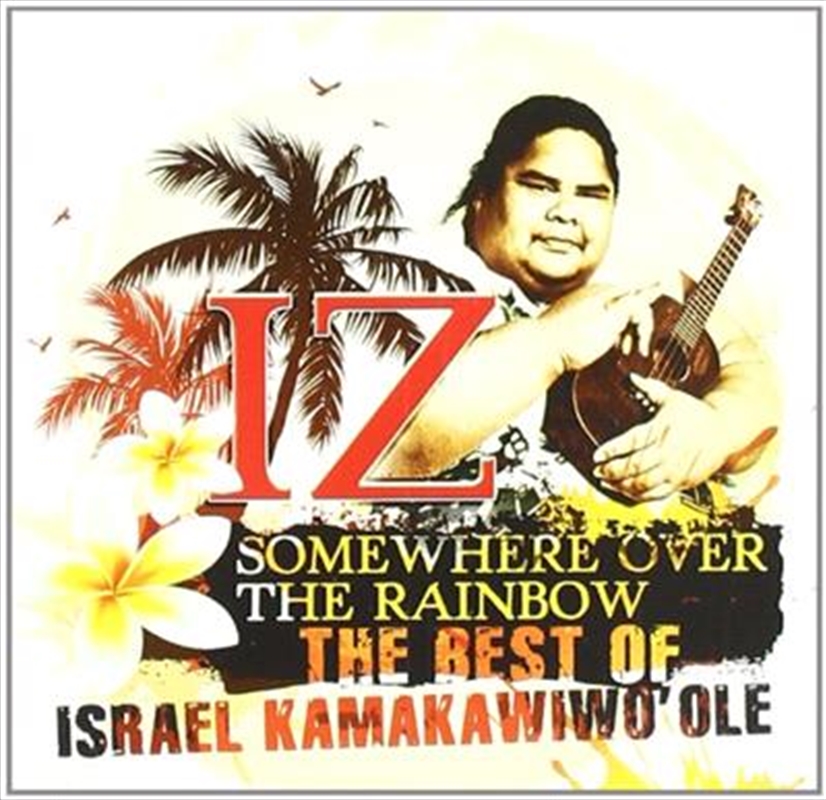 Somewhere Over The Rainbow - The Best Of

A man of buddha size inches with a sweet tenor and a gentle ukulele this is how you could describe Israel 'IZ' Kamakawiwo'ole. But more than that he's a Hawaiian legend and one of the most successful world music artists ever. But despite millions of records sold and receiving recognition and admiration worldwide, Israel is still an insider tip to many people.

After successful years as a member of a band Israel decided to start his solo career in 1990. His album FACING FUTURE (1993) was been the starting point for his international success. Hi Singles Over the Rainbow a cover of the 1939 Judy Garland classic and What A Wonderful World became hit records that touched everybody's heart by combining beautiful melodies, a message and a unique musician. Ever since, over the Rainbow, has been featured in several movies (e.g. "Meet Joe Black" and "50 First Dates"), has been downloaded more than 2 million times so far, and has been in the German Amazon Top 100 for 292 days as well as being in the iTunes Top 100 for months.

IZ's interpretations are so outstanding that they have been passed around by fans like gifts turning more and more people into believers. Some of them happened to work in film and advertising and so his music was placed in global hits like "Meet Joe Black", 50 First Dates" and "Finding Forrester" sparking again ripples of appreciation throughout the (online) world. The ability of Israel's voice to connect with the listener has made him a favourite of major advertising agencies. His recordings are featured in commercials throughout the world, which remain in rotation because of Israel's unique ability to connect.

On June 26th 1997 Israel died of adiposity aged only 38. When his ashes were scattered across the Hawaiian Sea more than ten thousand people bid the gentle giant aloha. His musical legacy though is immortal.

Title: Somewhere Over The Rainbow - The Best Of

Wind Beneath My Wings / He Hawaii Au

Hele On To Kauai

What A Wonderful World