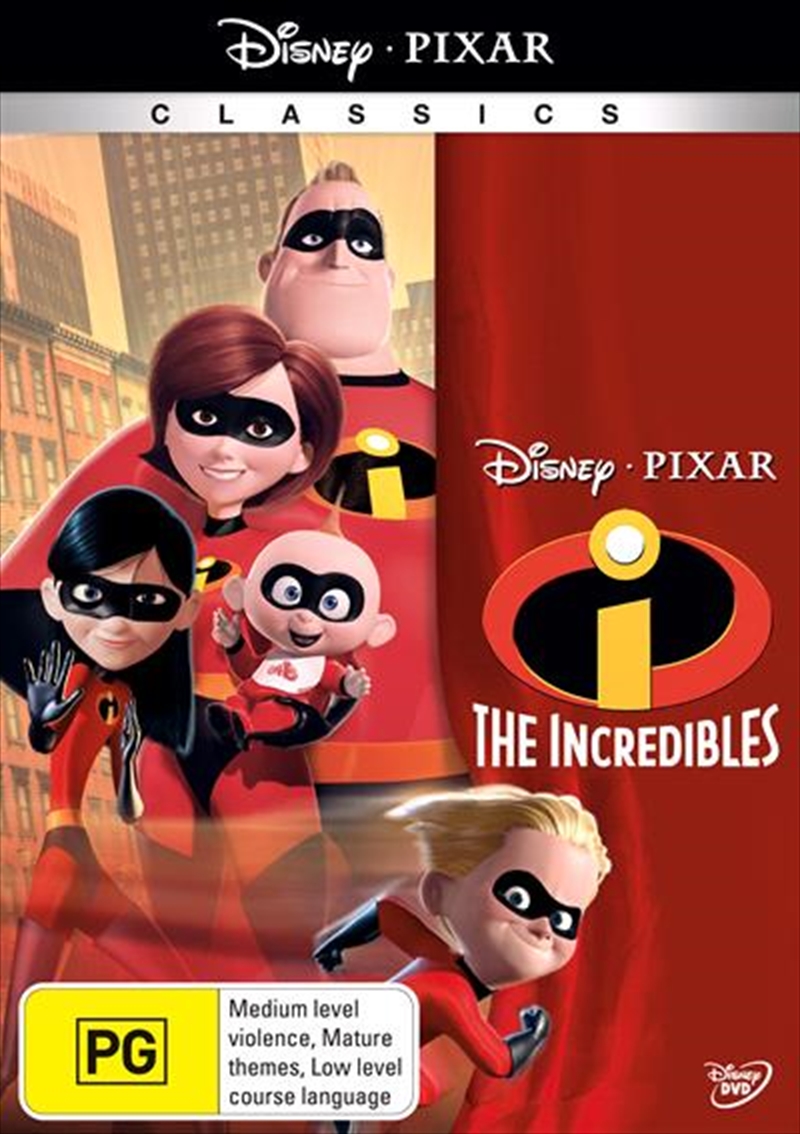 Shipping - See delivery options.
Postcode:
Quantity:
SEE MORE IN:
4 for $50 DVD, Blu-ray & More Incredibles Feel Good Movies
DESCRIPTION
From the Academy Award- winning* creators of Finding Nemo comes the action-packed animated adventure about the mundane and incredible lives of a house full of superheroes. Bob Parr and his wife Helen used to be among the world's greatest crime fighters, saving lives and battling evil on a daily basis. Fifteen years later, they have been forced to adopt civilian identities and retreat to the suburbs where they live "normal" lives with their three kids, Violet, Dash and Jack-Jack. Itching to get back into action, Bob gets his chance when a mysterious communication summons him to a remote island for a top secret assignment. He soon discovers that it will take a super family effort to rescue the world from total destruction.
DETAILS