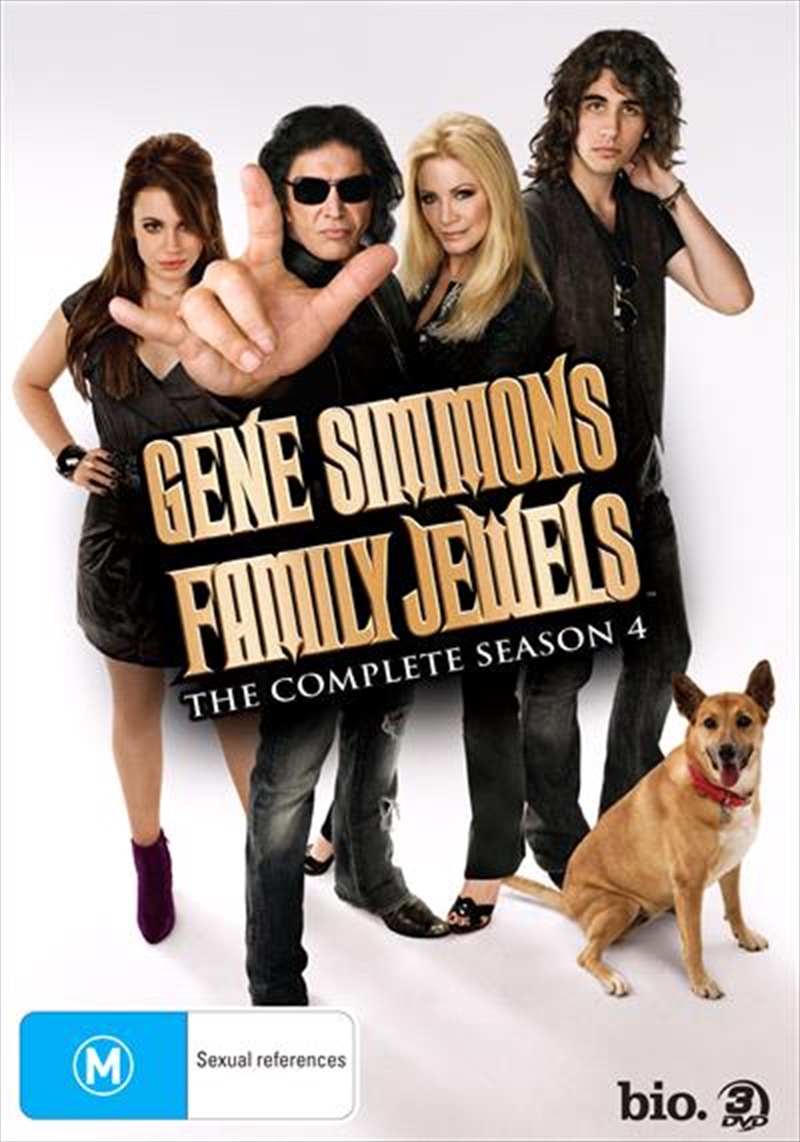 Legendary rock god Gene Simmons and his unconventional family are back and better than ever for season four of the hit A&E unscripted series GENE SIMMONS FAMILY JEWELS. This season kicks off with Sophies sweet sixteen party, giving viewers an all-access pass to the landmark celebration. From Genes appearance on Are You Smarter Than a 5th Grader? and his filming of a Japanese monster flick, to Shannon preparing for a role in a roller derby exploitation film, to Nick getting his own apartment, to Sophie fending off ill-intentioned teenaged boys, follow the Simmons-Tweed clan as they set out to prove, yet again, why they are the most non-traditional, traditional family in America.