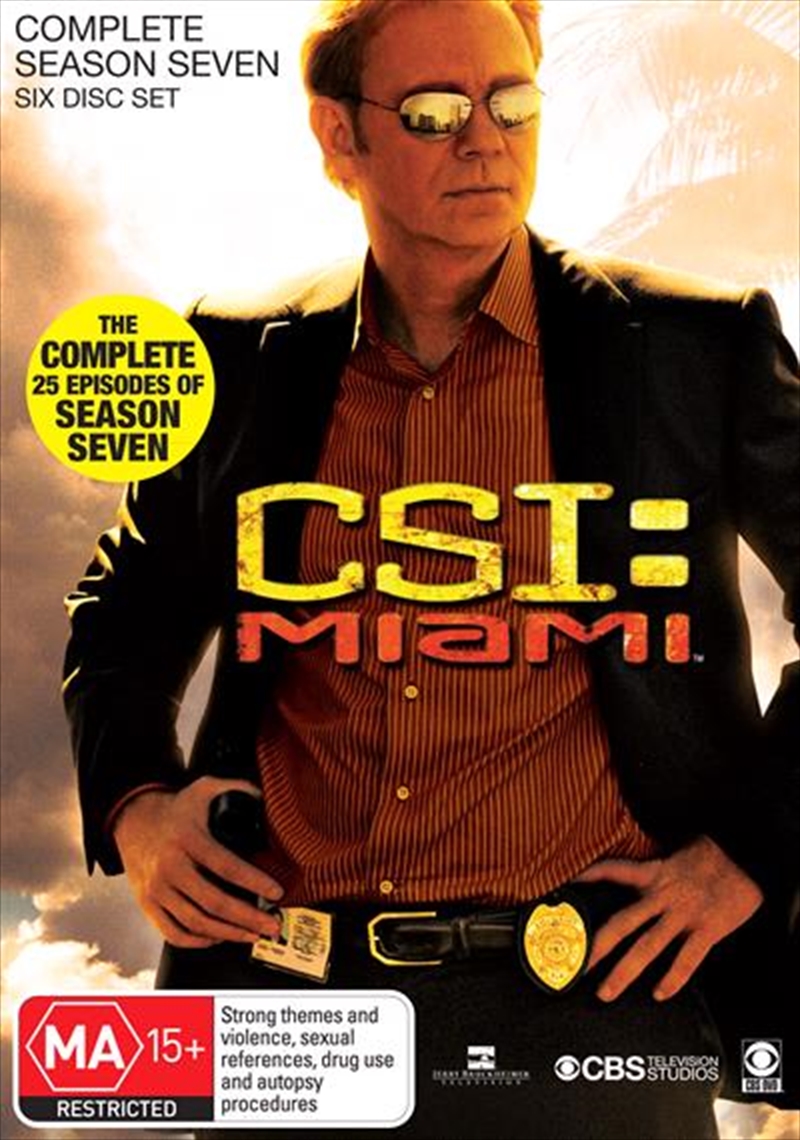 Shipping - See delivery options.
Postcode:
Quantity:
SEE MORE IN:
2 for $40 TV All 2 for $40 Crime TV CSI
DESCRIPTION
&lt;H3&gt; CSI Miami Season 7 DVD - On Sale Now With Fast Shipping&lt;H3&gt;
When we think of Miami, we think of sunshine, an easy going lifestyle, style and...murder? As season 7 of CSI: Miami commences, it becomes abundantly obvious that law and order is just as hard to maintain in Miami as it is anywhere else. With numerous murders and fascinating twists and turns, it is easy to see why this franchise has become just so popular and a common occurrence on both British and American television. Season 7 opens as if a King has been slain; Horatio Caine( David Caruso) is shot after arriving on a private jet and appears to have been left for dead, leaving his team both confused and eager to seek revenge. With much bewilderment and an underlying sense of fear driving them, the team are both confused and suspicious of one another, lashing out uncontrollably and continuing to suspect that a rogue agent amongst them may be to blame for his killing. However, after some time, it is revealed that Horatio is alive and that his assassination was set up, a ruse to lull the criminals into a false sense of security. From here, the season develops impressively, with many interesting plots and a real sense of originality which is often lacking in this rather saturated crime genre. What is most appealing about the series is its hyper-real qualities; CSI: Miami manages to fuse both reality and fiction together seamlessly, creating an independent and totally unique approach to an age old profession of crime solving. Through futuristic techniques and state of the art technology, the CSI team are able to bring a whole new style to crime fighting, with impressive results.
TRAILER
DETAILS