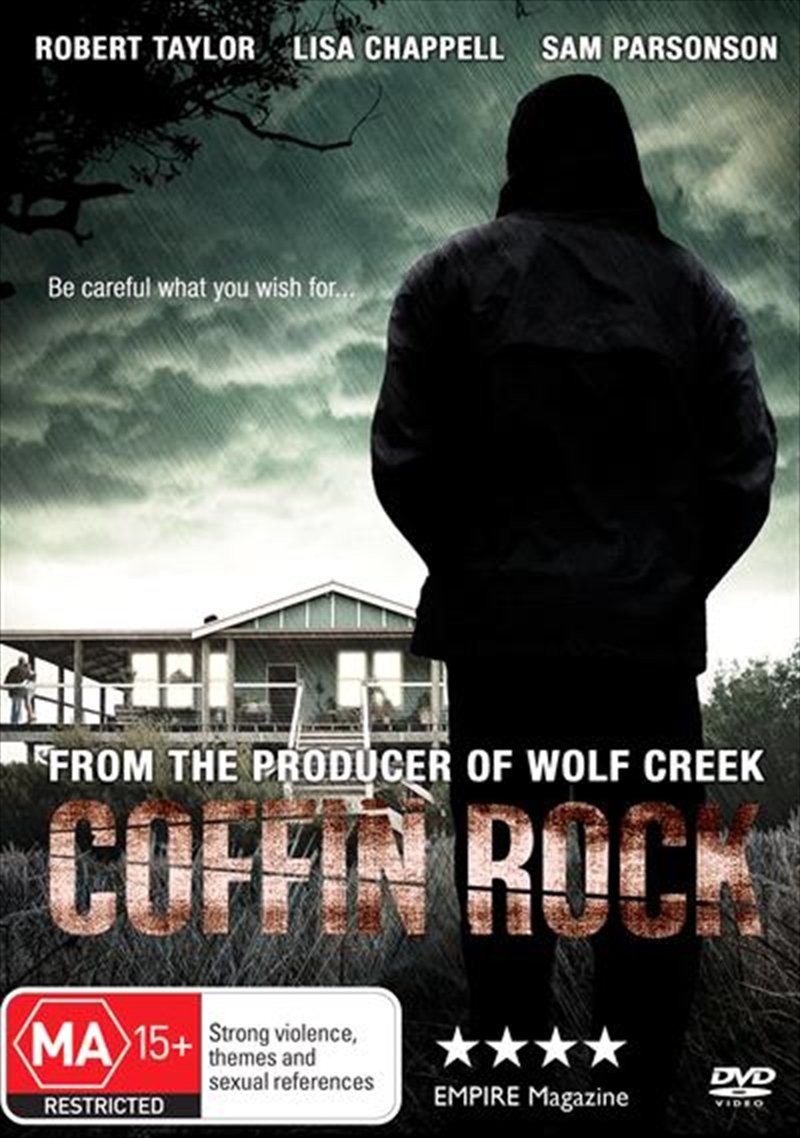 Shipping - See delivery options.
Postcode:
Quantity:
SEE MORE IN:
3 for $20 Movies & More
Be careful what you wish for...

In a desert fishing town, happily married Rob and Jess have been trying to have a baby for three long years and she is becoming desperate. In a drunken mistake, she sleeps with Evan, a young stranger come to town whose interest in her borders on the obsessive. The day she discovers she is pregnant, Jess guilt turns to horror as Evan begins a terrifying transformation from stalker to psychopath, determined to prove paternity of the child and claim Jess for his own. In the vein of Fatal Attraction and Cape Fear, Coffin Rock is a story of infidelity, leading to harassment, terror and murder.