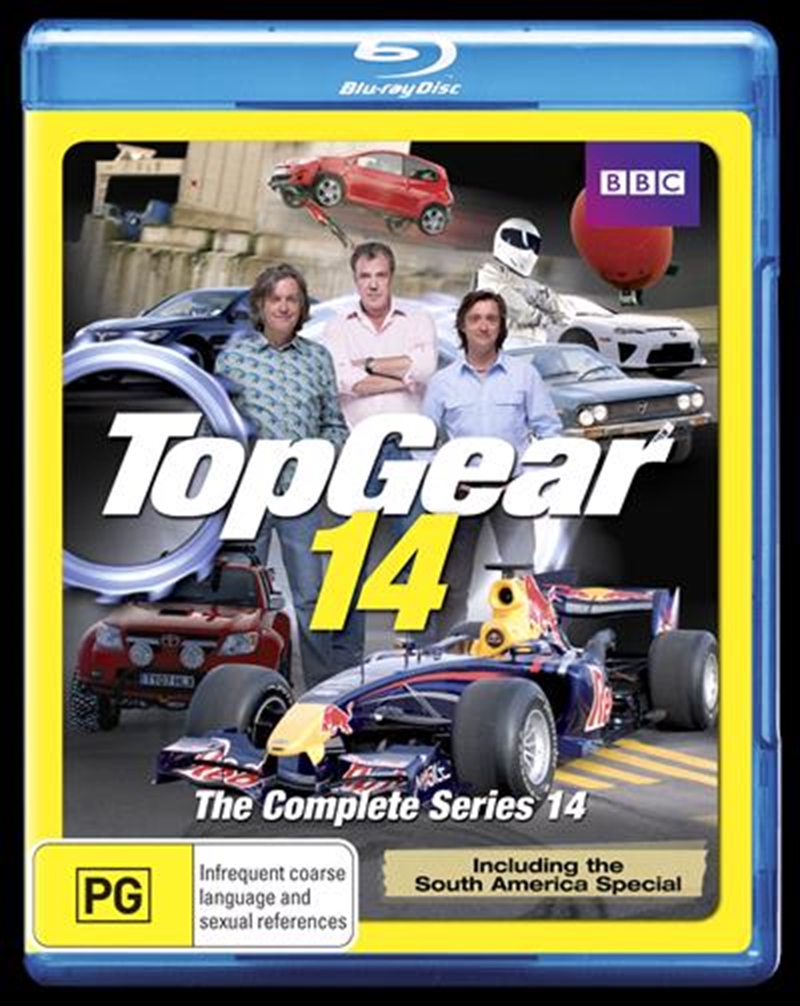 DESCRIPTION
Filmed in Full HD the fourteenth series kicks off with a driver's idea of heaven when Richard and James take an Aston DBS Volante, a Ferrari California and a Lamborghini Gallardo Spyder to Romania in search of 'the greatest road in the world'. Elsewhere, James makes a rare appearance on the track as he compares two absurdly powerful limos. Celebrities taking a turn in the 'Star in the Reasonably Priced Car' Hulk actor Eric Bana, Frost/Nixon star Michael Sheen and RocknRolla director Guy Ritchie, who seems to have a little trouble with his gears! As seen on Channel 9.
DETAILS