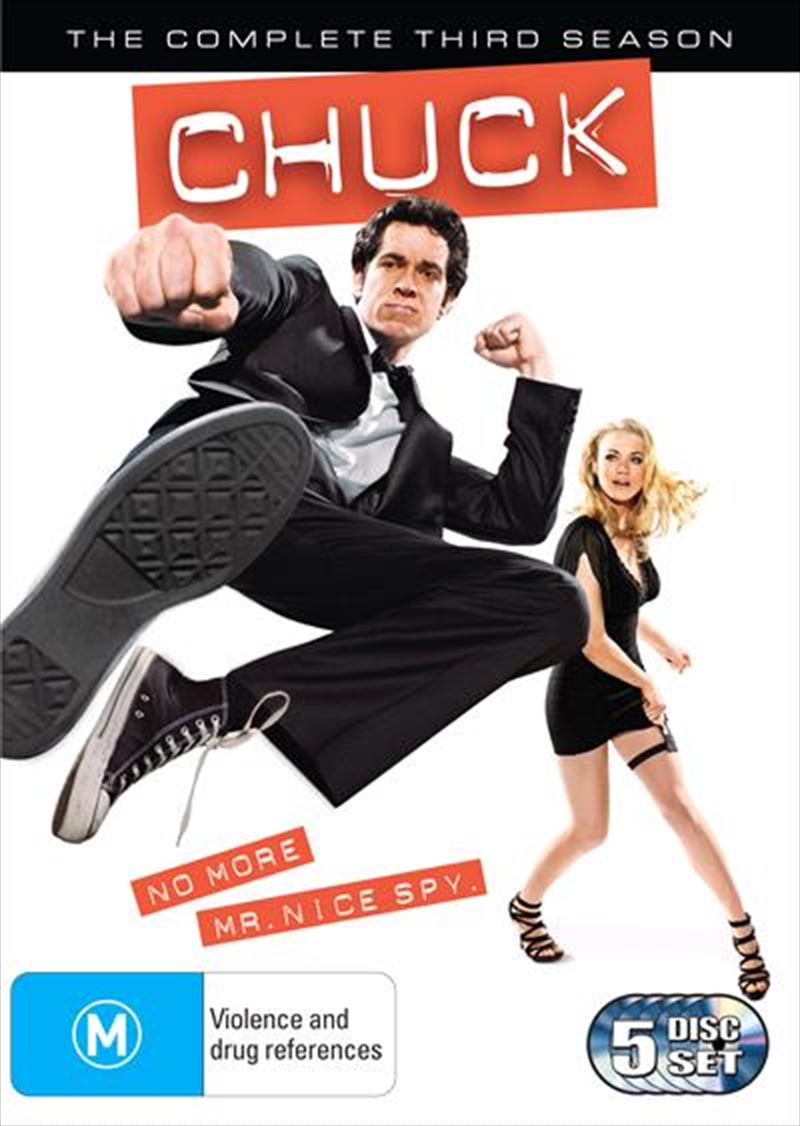 The world's nerdiest secret agent is back for a third series! Zachary Levi stars as Chuck Bartowski, the Buy More electronics store computer geek who unwittingly becomes the government's most vital secret agent. At the end of last season, Chuck was transformed into the Intersect 2.0 after receiving another data download into his brain. This time, however, he not only knows government secrets, he is also equipped with the knowledge and coordination of deadly fight skills. Chuck finally has the potential to become a real agent. There's just one problem his emotions. Can Chuck keep his emotions in check as he assumes his new role as the Intersect 2.0? His handlers will still be there to protect him, but they also must help him become the agent he is destined to be.
DETAILS