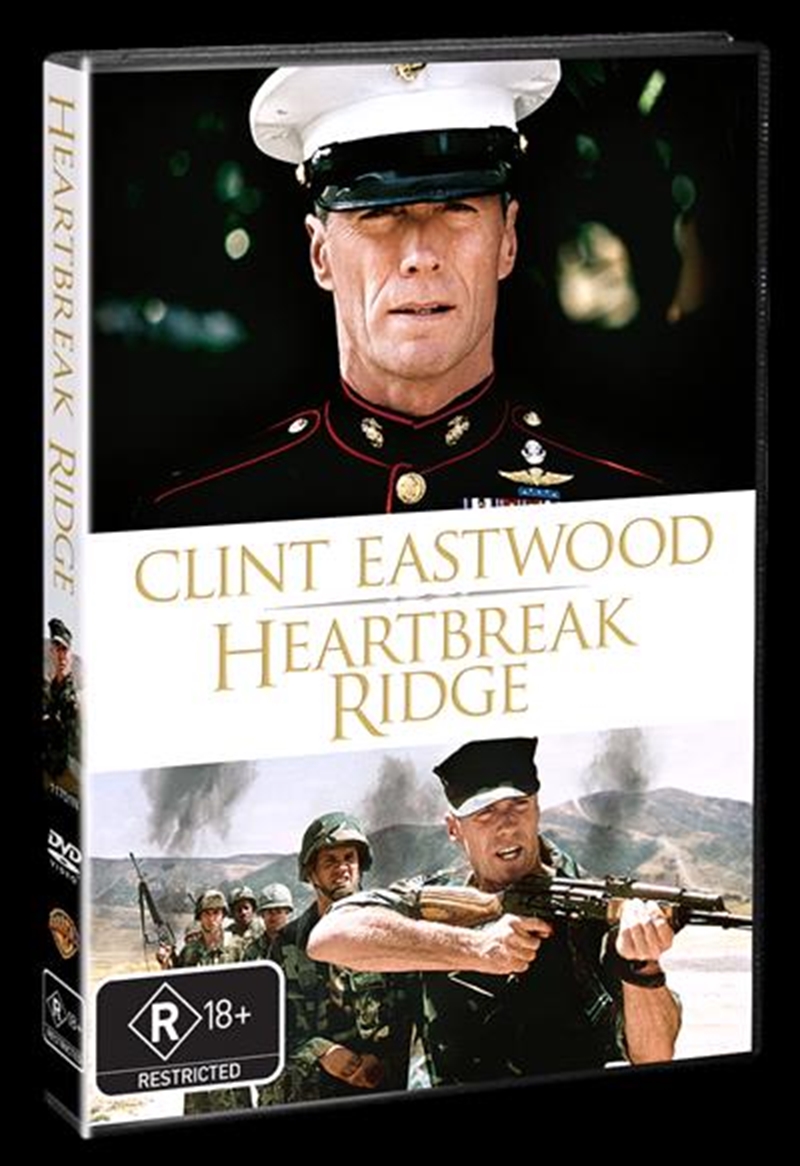 Shipping - See delivery options.
Postcode:
Quantity:
SEE MORE IN:
Cant Seem To Stream
There are no wars to fight. But Gunnery Sgt Tom Highway (Clint Eastwood), a dog-faced relic of past wars, still has a lot of fight in him. Besides playing "Gunny", Eastwood also directs and produces this tale of a Marine Corps lifer who, starting his last tour of duty before retirement, sees the bumpy road his life has taken become more complicated, due to feisty recruits (Mario van Peebles among them), by-the-book officers and a salty ex-wife (Marsha Mason) to whom he's still attracted. Take the ridge Heartbreak Ridge and get a vivid, rough-and-ready entertainment from a top artist in top form.