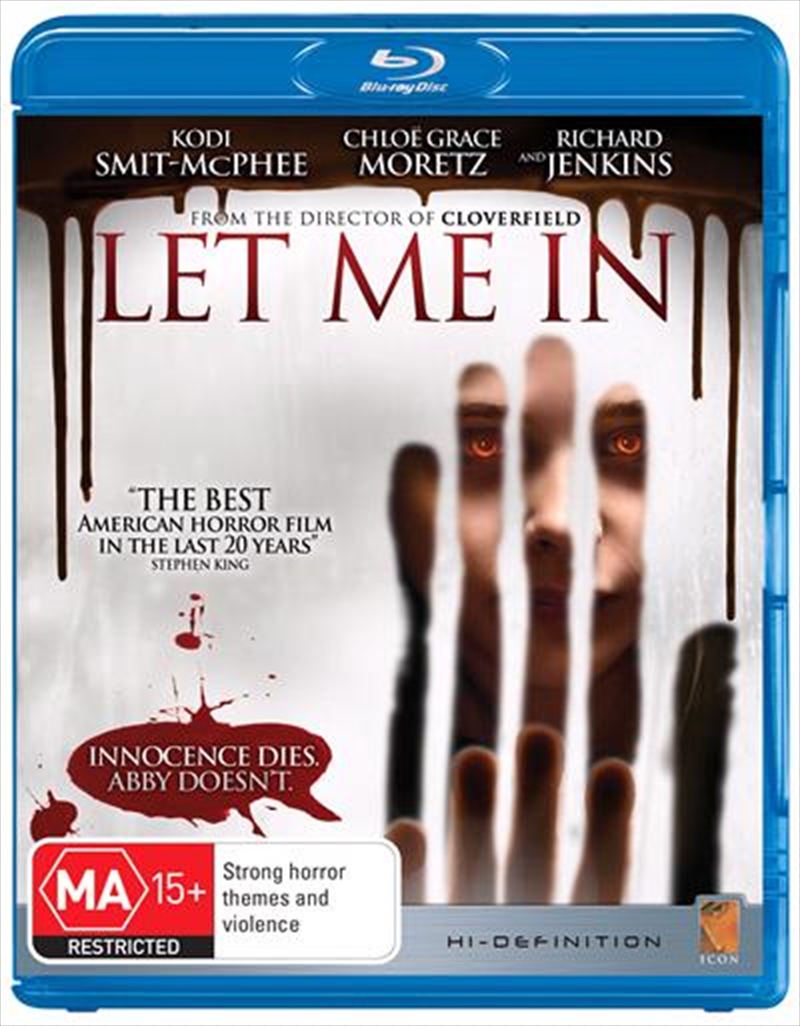 A haunting and provocative thriller, Let Me In has been hailed by Stephen King as a genre-busting triumph the best American horrorfilm in the last 20 years. Whether you're a teenager or a film-lover inyour 50s, you'll be knocked out. Chloe Moretz (Hit Girl from Kick-Ass) stars as Abby, a mysterious 12-year old girl, who moves next door to Owen (Kodi Smit-McPhee, The Road). A social outcast who is viciously bullied at school, Owen forms a profound bond with his new neighbour. But as a string of grisly murders occur around the town, Owen has to confront the reality that this seemingly innocent girl has a very dark secret.

Title: Let Me In