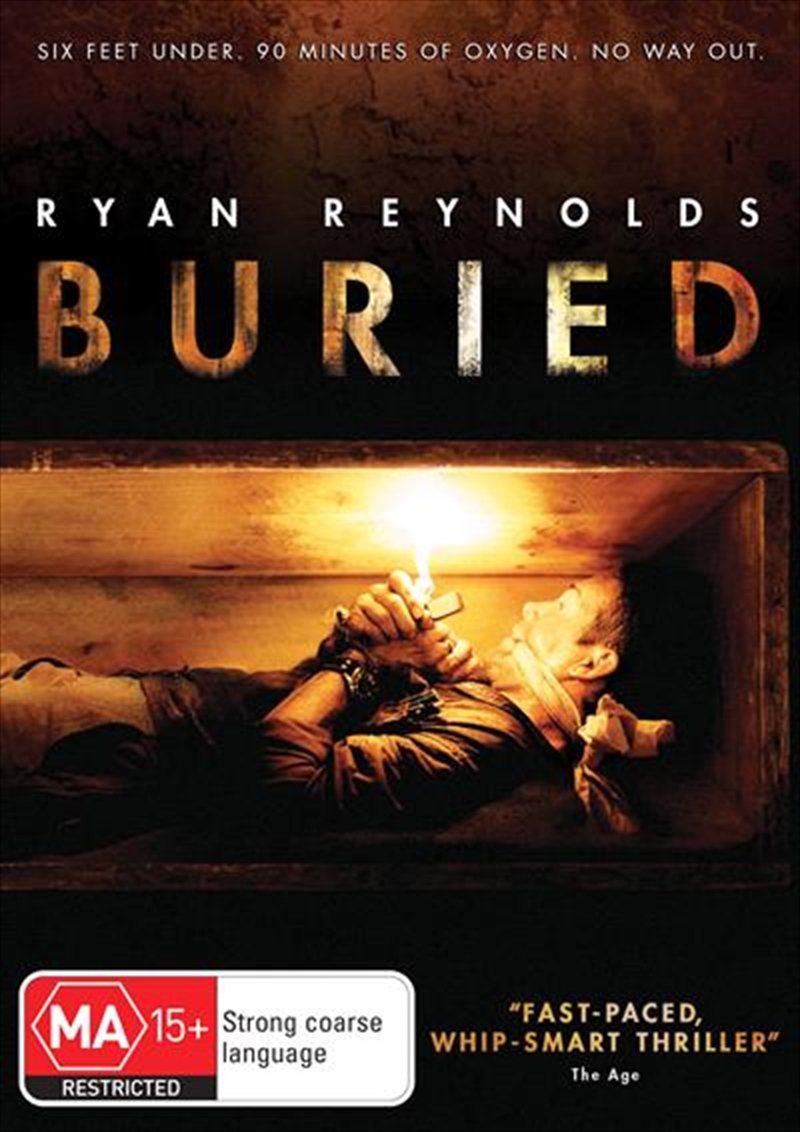 Paul Conroy (Ryan Reynolds) is not ready to die and when hewakes up six feet underground in a wooden coffin with only amobile phone and lighter time is not on his side. Buried alivewith no idea of who put him there or why ? life for Paul becomesa hellish struggle for survival. Poor reception, a rapidly drainingbattery and a dwindling oxygen supply are his worst enemies in atightly confined race against time: Paul has only 90 minutes to berescued before his worst nightmare comes true.
TRAILER
DETAILS