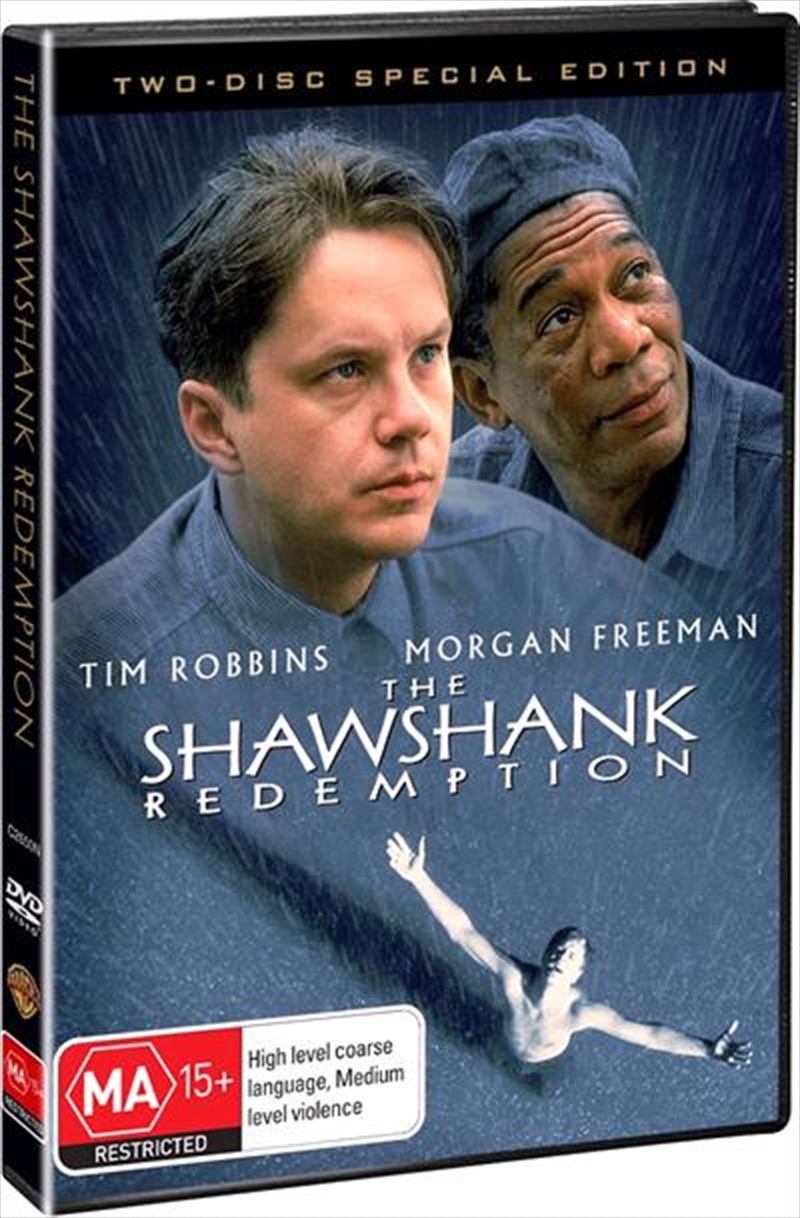 Tim Robbins (The Player, Bob Roberts, The Hudsucker Proxy) and Academy Award nominee, Morgan Freeman (Unforgiven, Driving Miss Daisy, Seven), star in arguably one of the most popular films of the modern era. Hope is tested, friendships are made in the strangest of places, and survival instincts are put to the test, all inside the walls of a maximum-security prison. Based on the Stephen King novella, the tale revolves around Andy Dufresne (Tim Robbins), a well-to-do banker convicted of murdering his wife and her lover, though the circumstances around his case are shady to say the least. He's sent to the Shawshank State Prison where he meets 'Red' Redding (Morgan Freeman), a 'lifer' who's spent most of his days on Earth behind bars. Bearing twenty years on the inside together, the harsh prison life and its ruthless warden don't stop the two from giving up on their dreams of freedom. With posters of beautiful Hollywood actresses on his wall to remind him of love, and with his clever accounting mind, Dufresne finds a place for himself, giving him time to work on a plan for a possible future.
TRAILER
DETAILS