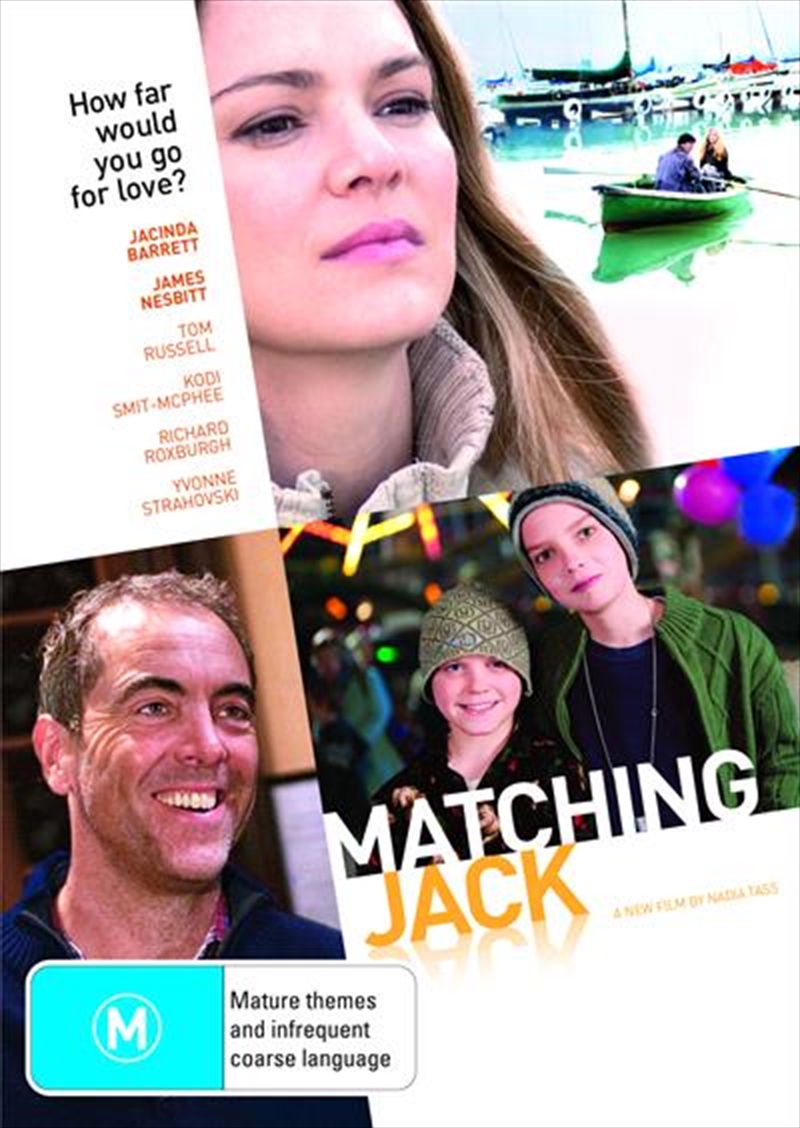 Shipping - See delivery options.
Postcode:
Quantity:
DESCRIPTION
Matching Jack is a powerful emotional drama from award winning director Nadia Tass, about the unbreakable bond between parent and child. Life seems idyllic for Marisa (Jacinda Barrett) and her son, Jack (Tom Russell), until a poor performance at a school soccer match ends with Jack in hospital and Marisa trying to find her husband, David (Richard Roxburgh), who is interstate at a conference. In fact, David is planning to leave Marisa for his current mistress (Yvonne Strahovski), with his phone off and not a care in the world. Jack is diagnosed with leukaemia and the only possibility of a cure is if David has had a child from one of his many flings who could be a bone marrow donor. So Marisa looks back through his diaries, figures when he could have been having affairs, and goes out door knocking. Unsuspecting women face a desperate mother as Marisa searches high and low for possibilities and the full scale of David's infidelity is revealed. Meanwhile, Jack befriends Finn (Kodi Smit-McPhee), a young Irish boy in the next bed. He has been travelling the world with his father, Connor (James Nesbitt). Initial disdain turns to mutual respect as both Marisa and Connor find their own ways to deal with their respective sons' illnesses. MATCHING JACK beautifully captures the power of love and the resilience of the human spirit...with a gentle and uplifting ending, that hints at a future full of hope.
TRAILER
DETAILS