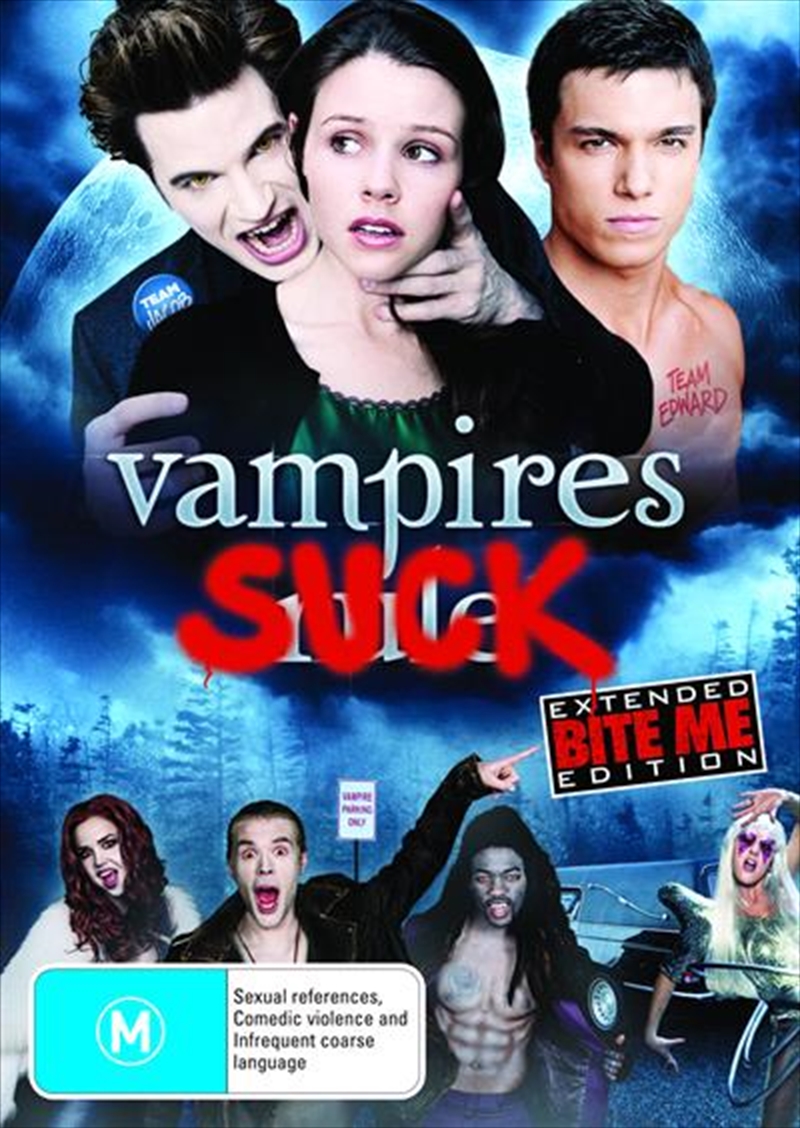 DESCRIPTION
From the guys who couldn't sit through another vampire movie!

Vampires Suck is a comedic exploration of teenage romance and angst spoofing many of the recent teen movies. Becca is torn between two boys; the mysterious, moody and ridiculously pale guy, or the stable and sweet one who reminds her of a little gay brother. In her quest to decide between the two she must survive a family dinner without actually becoming the dinner, made even harder by a group of vampires (who look very much like the black eyed peas) who are also set on eating her! If her romantic entanglements were not enough, she is also trying to deal with her controlling father, who still sees her as a little girl and insists on carrying her around strapped to him in a baby bjorn! As prom night looms Becca must make some tough decisions, helped along by everyone from Alice from wonderland to lady gaga.
TRAILER
DETAILS