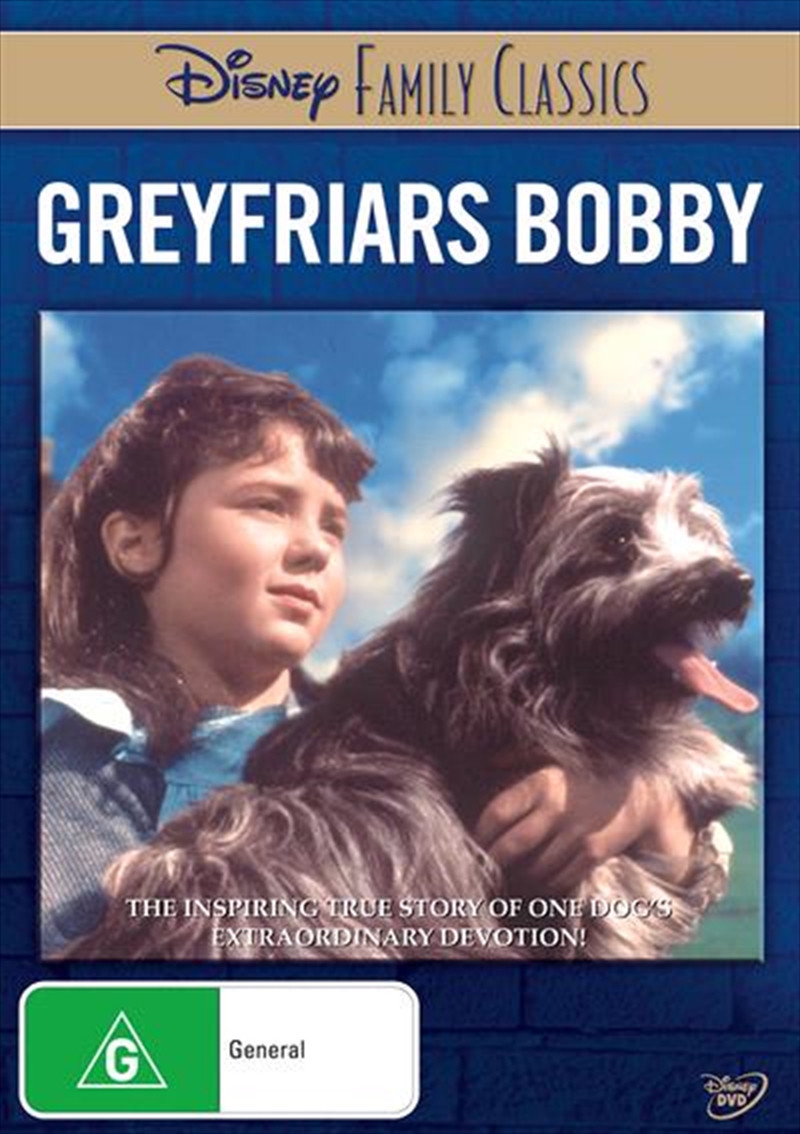 Shipping - See delivery options.
Postcode:
Quantity:
SEE MORE IN:
3 for $30 Movies & More
Overflowing with warmth and charm, GREYFRIARS BOBBY celebrates the powerful bond between man and a kind and loving animal. Based on Eleanor Atkinson's immortal children's book - Walt Disney presents the remarkable true story of one of Scotland's most beloved and celebrated heroes - a terrier named Bobby! The enduring friendship forged between a tenderhearted shepherd known simply as "Old Jock" and his devoted dog cannot be broken - even by the kindly old man's death. Set in bustling Victorian Edinburgh and the breathtaking Scottish countryside, GREYFRIARS BOBBY is a sensitive tale of uncommon loyalty and affection that is certain to delight and inspire one and all!