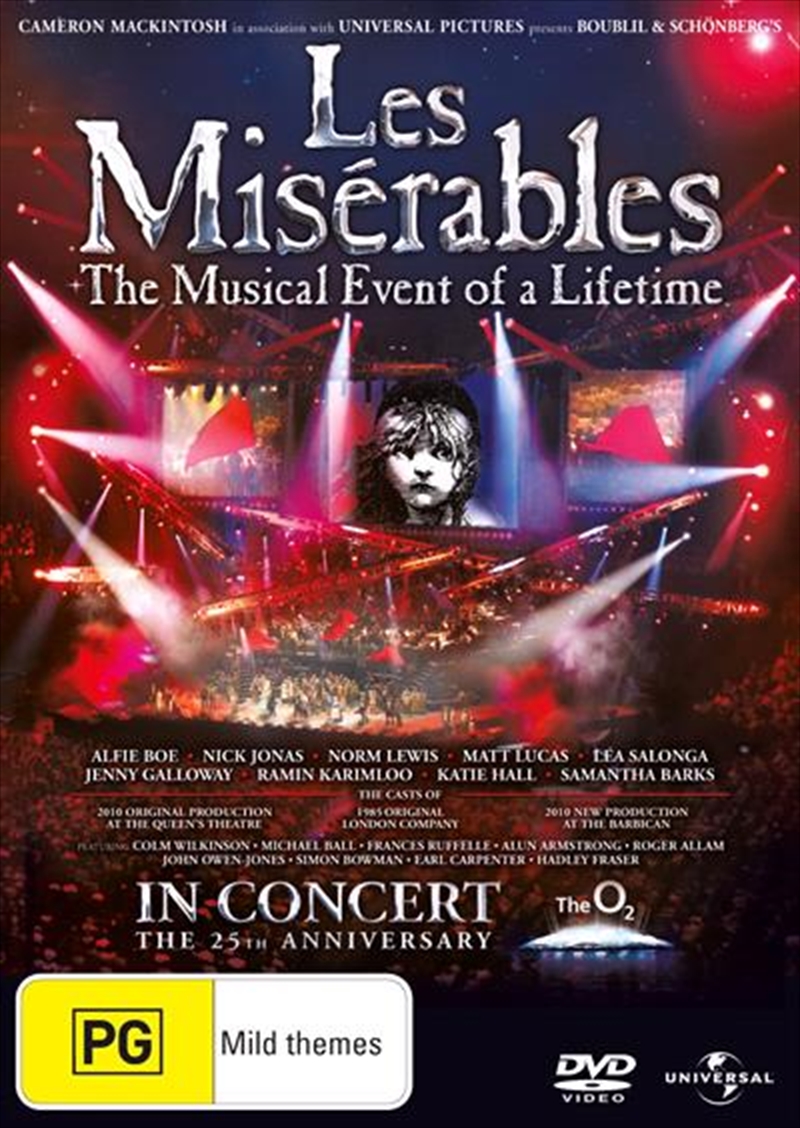 Shipping - See delivery options.
Postcode:
Quantity:
SEE MORE IN:
3 for $30 Movies & More Cant Seem To Stream Michael Ball & Alfie Boe Nick Jonas
Seen by over 56 million people worldwide in 42 countries and in 21 languages, LES MISRABLES is undisputedly one of the worlds most popular musicals ever written. In October 2010 , the legendary musical LES MISRABLES will celebrate its 25th birthday by making theatrical history with an international first - three different productions in London at the same time. The Original Production at the Queens Theatre, the New 25th Anniversary Production at the Barbican, and A Celebratory Concert at The O2 on Sunday 3rd October, 2010.