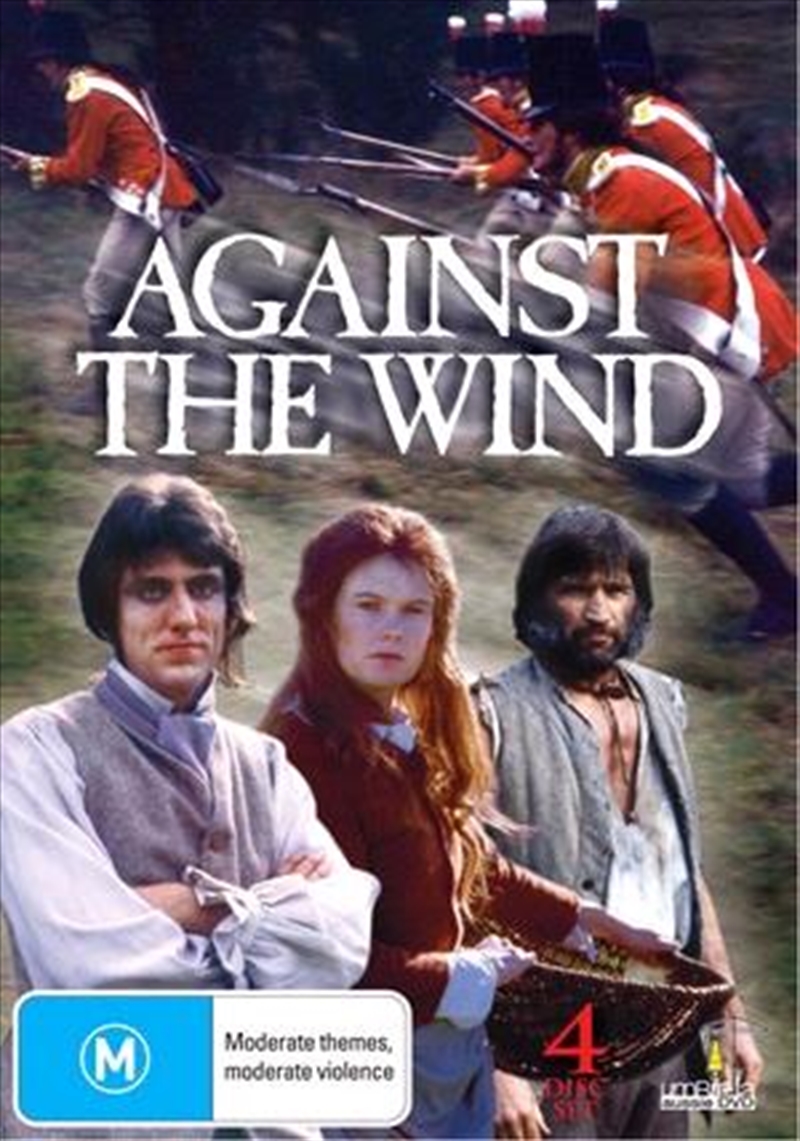 Shipping - See delivery options.
Postcode:
Quantity:
SEE MORE IN:
2 for $40 TV All 2 for $40
(Australian) A classic historical Australian mini series with characters and historical settings all based on fact. Against The Wind is a sweeping drama spanning 15 years of Australia's most brutal and violent past, and was one of the greatest television successes of its era. It's the story of Mary Mulvane, an 18 year old Irish girl transported to NSW in 1798.

Title: Against The Wind