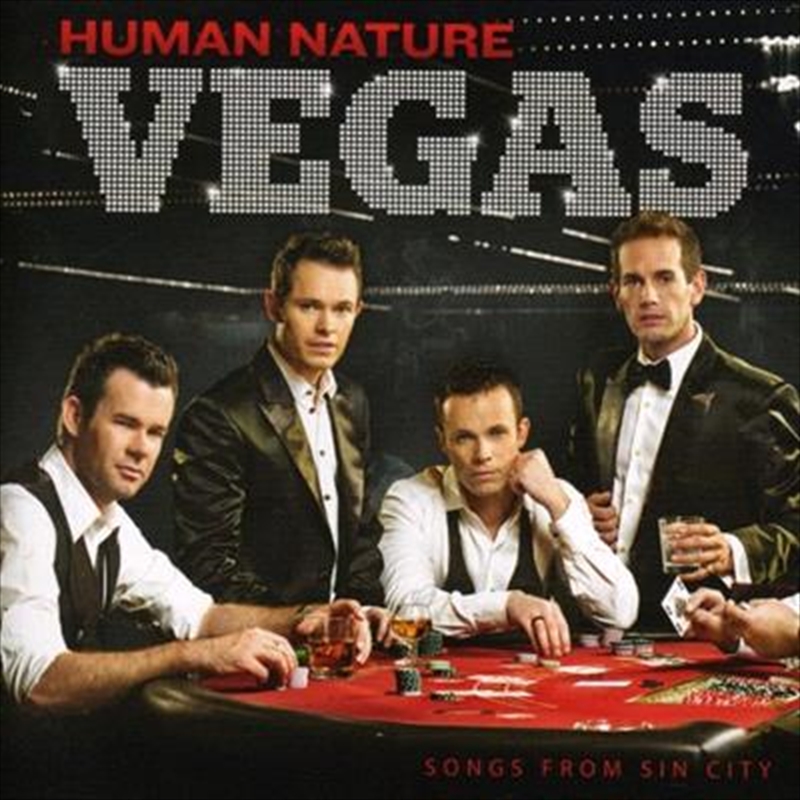 Shipping - See delivery options.
Postcode:
Quantity:
SEE MORE IN:
2 for $25 Music Human Nature
In May 2009, Human Nature began a year-long engagement in Las Vegas at the Imperial Palace Hotel and Casino, performing 6 nights a week. They are the first Australian band ever to have a residency on the strip. On May 11, 2010, Human Nature announced that the Imperial Palace had signed them for a further two years, and had also given the group the honour of renaming the Imperial Palace Showroom after them. The guys are now performing 6 nights a week in the "Human Nature Theatre". As a special bonus, the mayor of Las Vegas- Oscar Goodman- decreed that May 11, 2010 would be known as "Human Nature Day". In celebration of this amazing success Human Nature will release their 9th studio album, featuring 12 tracks from their Vegas show including classics like Viva Las Vegas, It's Not Unusual, and Lady Is A Tramp!

Can't Take My Eyes Of You

Could It Be Magic