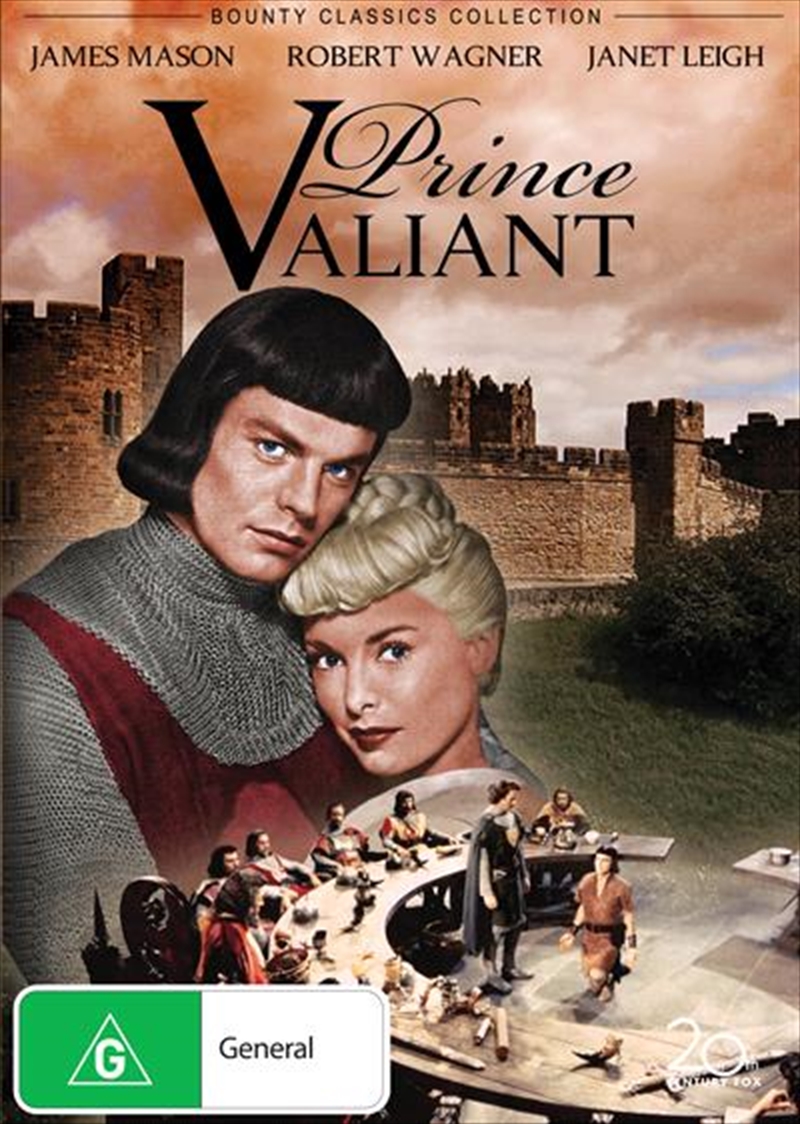 Shipping - See delivery options.
Postcode:
Quantity:
SEE MORE IN:
3 for $30 Movies & More
Young Prince Valiant, son of the exiled King of Scandia, journeys to Camelot to become a knight at King Arthur's Round Table. He hopes to help his father reclaim his throne from the pagan usurper Sligon and restore the Christian faith to their homeland. On his journey he stumbles on the mysterious Black Knight plotting with the Viking pretender to overthrow Arthur. Barely escaping with his life, Valiant encounters Sir Gawaine, a friend of his father's who tutors the young Viking in the skills needed to be a knight. Valiant and Gawaine's pupil/mentor relationship is complicated by their romantic involvement with Princess Aleta and her sister Ilene, daughters of a British nobleman. If Valiant is to restore his father's throne and prevent the coup d'etat against Arthur, he must uncover the true identity of the Black Knight.