I Was A Male War Bride 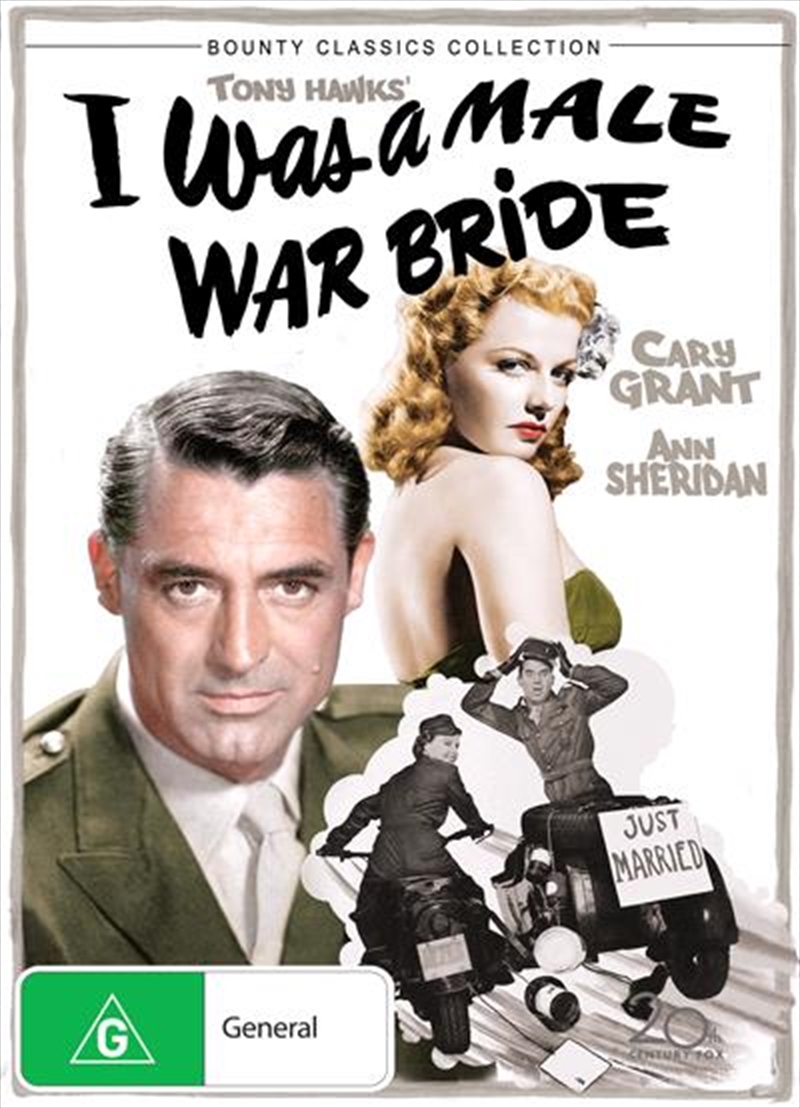 Shipping - See delivery options.
Postcode:
Quantity:
SEE MORE IN:
3 for $30 Movies & More
Chock full of witty dialogue, hilarious slapstick and stellar comedic performances screen legend Cary Grant and maverick director Howard Hawks re-team for the screwball, gender-bending family classic I WAS A MALE WAR BRIDE.Stationed to work side by side on a mission in postwar Germany, French Army officer Henri Rochard (Grant) and American WAC Lieutenant Catherine Gates (Sheridan) take an instant dislike to one another. But it's not long before dislike turns to romance as the two officers fall madly in love and marry.But when Catherine receives orders to return to the good 'ole U.S. of A., it seems the only way for Henri to join her is through the U.S. War Brides Act. So Catherine does the obvious - she disguises her husband as a sister WAC, which means Henri must slip on a skirt in order to slip past the Army Brass.

Title: I Was A Male War Bride