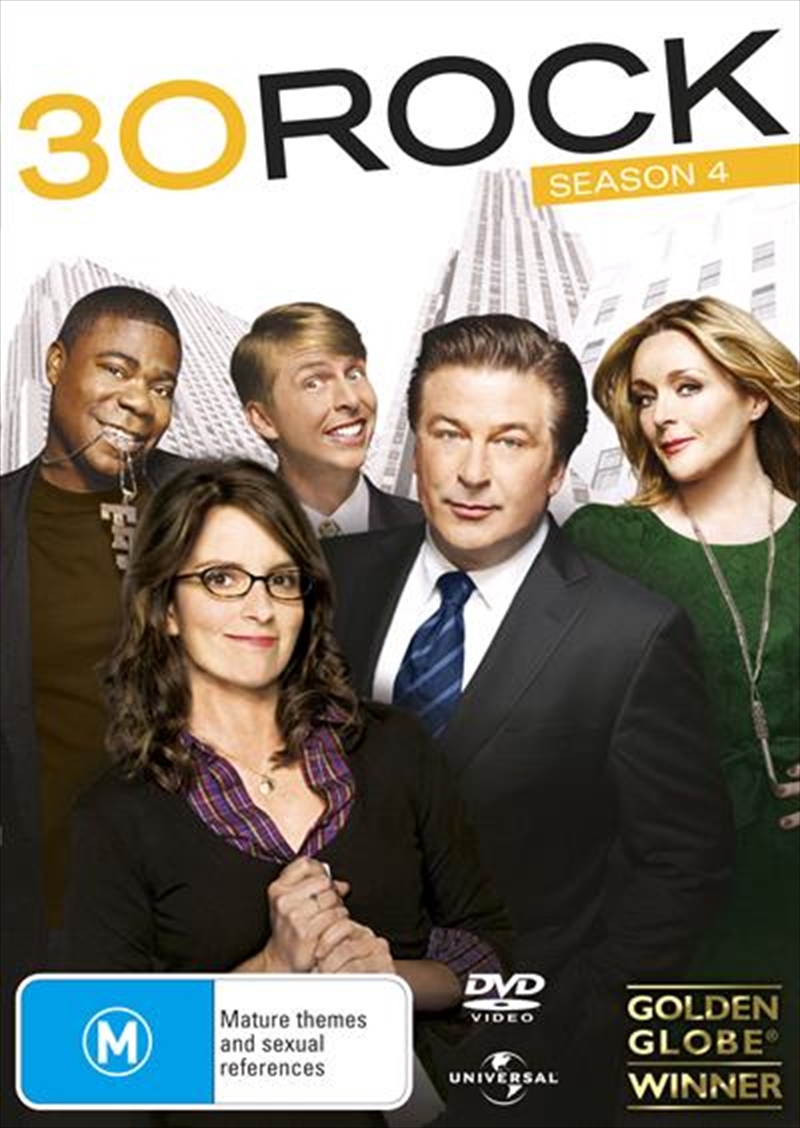 Work can be such a production.

Revisit all the hilarity and none of the commercial breaks of the complete fourth season of the Primetime Emmy** Award, Golden Globe, Peabody, and SA G Award - winning 30 Rock. Called one of the all-time gr eats by the San Francisco Chronicle and a show by The Newark Star- Ledger, the progr am is perhaps best known for once receiving a zero rating on German television. Show creator Tina Fey and fellow Primetime Emmy Award, Golden Globe, and SA G Award winner Alec Baldwin star as TV writer Liz Lemon and conservative GE executive Jack Donaghy, who together preside over the everyday mayhem at a late-night variety show. Pretending to help them are mercurial stars Tracy Jordan and Jenna Maroney (Tracy Morgan and Jane Krakowski) as well as wide-eyed NBC page Kenneth Parcell (Jack McBrayer). Jack and Liz do their best to hold the show and their lives together, in spite of all the robot actors, mouthy janitors, puppet murders, bedbug infestations, Japanese body-pillow threeways, monogamy scandals, sick peacocks, Verdukianism, and yelling at the moon with Buzz Aldrin. The fun continues behind the scenes with lots of exclusive content in addition to all 22 episodes of the acclaimed fourth season of 30 Rock from executive producer and 2002 Order of Canada recipient Lorne Michaels.