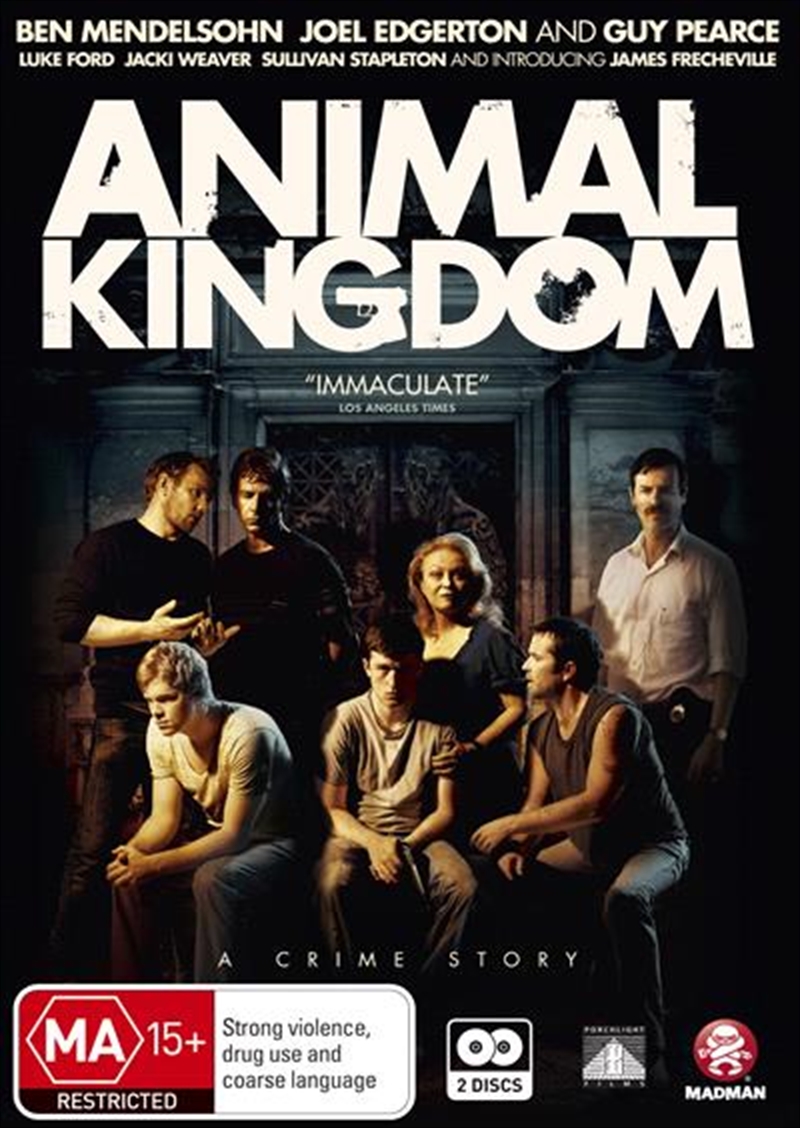 Following the death of his mother, 17-year-old Joshua 'J' Cody (newcomer James Frecheville) moves in with his doting grandmother, Smurf (Jacki Weaver), and her three criminal sons - the Cody boys. The eldest, "Pope" (Ben Mendelsohn) is an armed robber, in hiding from a cadre of renegade detectives. Then there's Craig (Sullivan Stapleton), a successful but volatile drug dealer, and the youngest, Darren (Luke Ford), who navely follows his brothers' lead. Just as Pope's business partner and best mate, Barry Brown (Joel Edgerton), decides that he wants out, tensions between the Codys and the police explode. J finds himself at the centre of a cold-blooded revenge plot that turns his family upside down and throws him directly into the path of senior homicide detective, Nathan Leckie (Guy Pearce). Animal Kingdom is a powerful crime drama that tells the story of a tense battle between a criminal family and the police and of the ordinary lives caught in the middle.
TRAILER
DETAILS