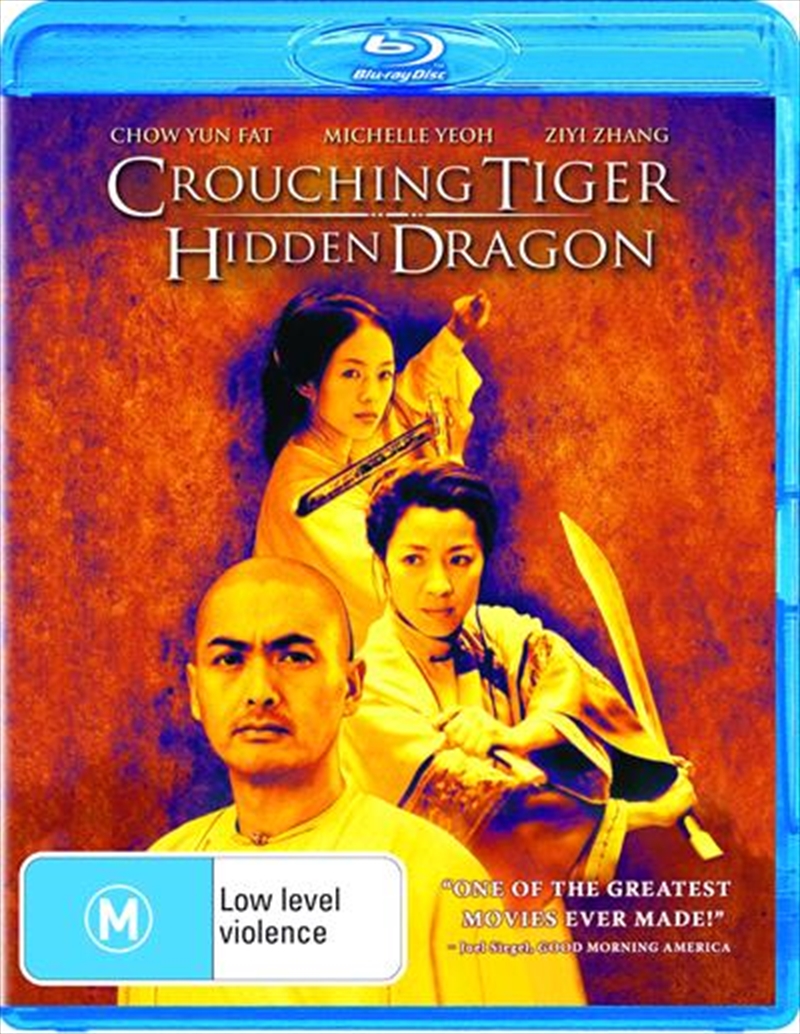 Shipping - See delivery options.
Postcode:
Quantity:
SEE MORE IN:
3 for $20 Movies & More
DESCRIPTION
2001 is the year of the dragon - the year when critics and audiences all around the world discovered the excitement and the mystery of Crouching Tiger, Hidden Dragon. International superstars Chow Yun-Fat (from The Replacement Killers) and Michelle Yeoh (from Tomorrow Never Comes) star in award-winning director Ang Lee's epic story of warriors, legends, passion and destiny. With its stunningly choreographed martial arts battles, Crouching Tiger, Hidden Dragon is an action-packed adventure unlike anything you've ever seen before.
TRAILER
DETAILS

A Conversation with Michele Yeoh

Unleashing the Dragon: The Making of Crouching Tiger, Hidden Dragon