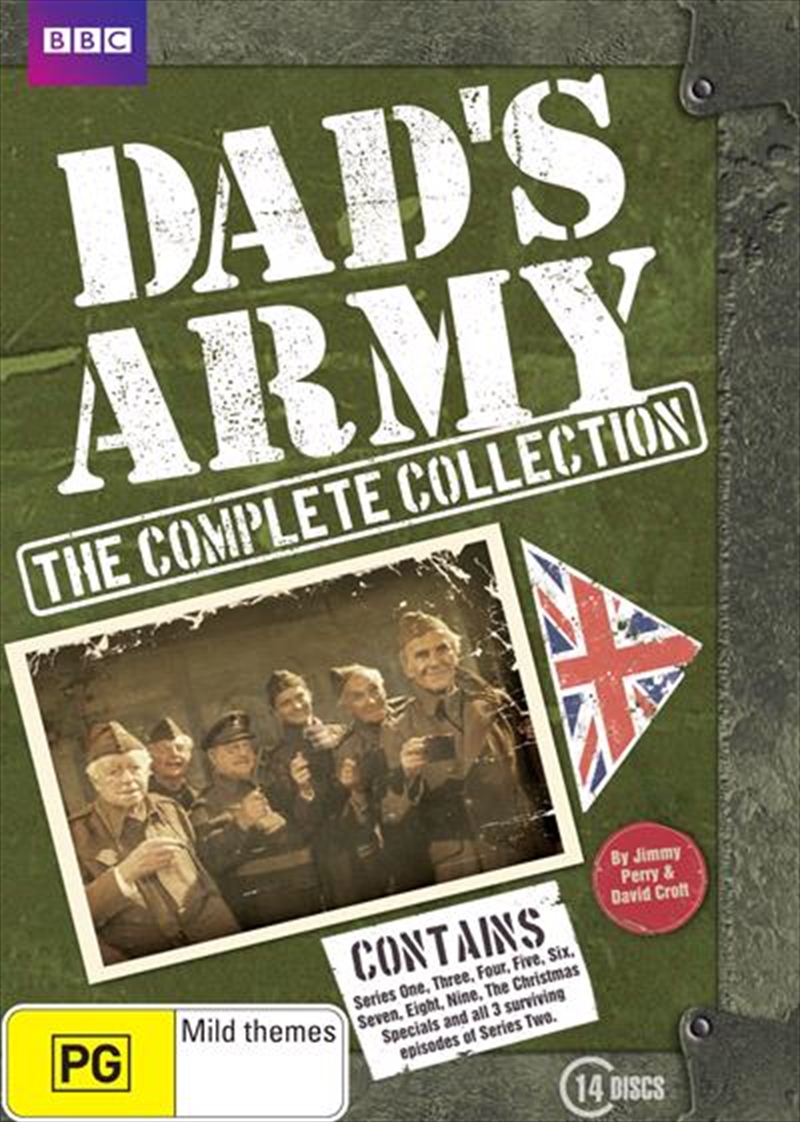 Shipping - See delivery options.
Postcode:
Quantity:
DESCRIPTION
&lt;H3&gt; Dad's Army The Complete Collection DVD - On Sale Now With Fast Shipping&lt;H3&gt;
Britain; 1940: The country is on alert for an imminent Nazi invasion and the coastal defences are left to a handful of veteran soldiers - The Home Guard. In Walmington on-Sea, one inept, feeble and inadequately armed platoon are very keen to do its bit...The entire collection of surviving episodes of Jimmy Perry and David Croft's classic wartime comedy based around the Home Guard in Walmington-on-Sea, which the BBC broadcast from 1969 to 1977. Includes series 1, 3-9, Christmas Specials and all 3 surviving episodes of series 2. This 14 disc definitive collection also includes a wealth of extras. Dad's Army has become a worldwide phenomenon with a loyal following of fans that spans the generations. Dad's Army is a must-have for all comedy fans, young and old alike. Over 88 episodes in one box set collection.
DETAILS