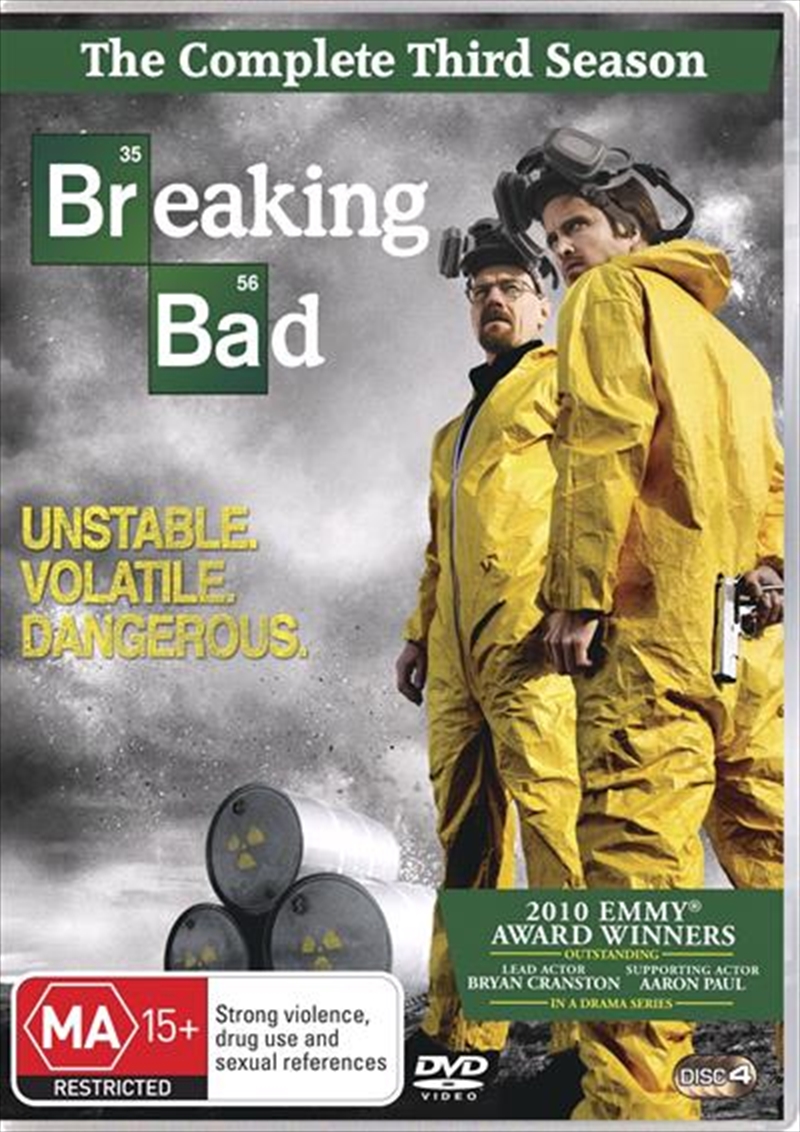 SEE MORE IN:
Breaking Bad
DESCRIPTION
Winner of two 2010 Emmy Awards, including Outstanding Lead Actor in a Drama Series for Bryan Cranston and Outstanding Supporting Actor in a Drama Series for Aaron Paul, BREAKING BAD: THE COMPLETE THIRD SEASON returns, hailed by the Los Angeles Times as "the best show on television." Even though his cancer's in remission, chemistry teacher-turned-meth maker Walter White (Cranston) still can't catch a break. his wife (Anna Gunn) has filed for divorce, his DEA agent brother-in-law (Dean Norris) is out to bust him and a Mexican cartel just wants him dead. But with his family's future still at stake Walt cooks up a deal that will make him a fortune, a scheme with a terrible price. Executive produced by Vince Gilligan and Mark Johnson.
DETAILS