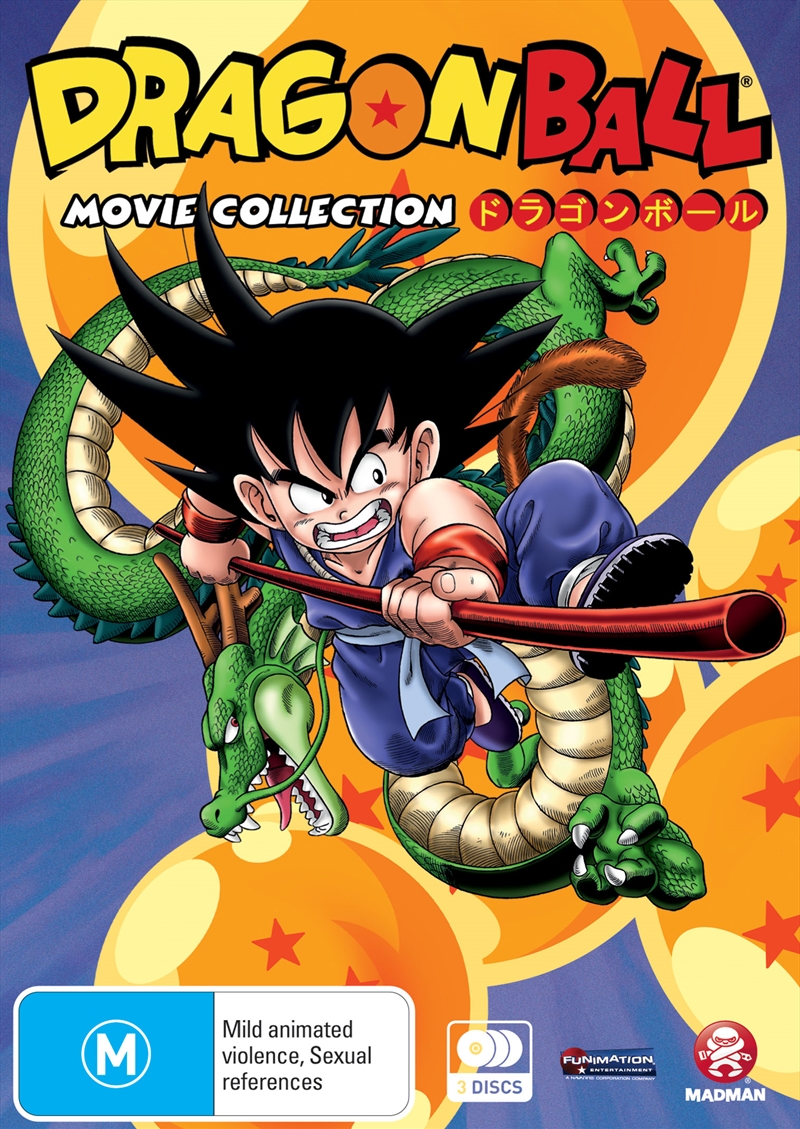 The Path to Power :
When an adventure thirsty girl named Bulma runs across - and nearly runs over - a bizarre young boy named Goku, they find themselves thrust into an adventure that will last a lifetime! Together they set out to recover the mystical Dragon Balls, artifacts of incredible power. Legend says that whomever collects all seven Dragon Balls can call forth the awesome Eternal Dragon, a powerful creature that will grant whatever whish their heart desires!
But there is another interested party eager to control the power of the Dragon Balls. They are known as the Red Ribbon Army, and they will stop at nothing to use the Dragon balls to achieve their wish of total world domination. Along the way Goku will find out that the greatest power of all lies within himself. This is where the legend begins!

Sleeping Princess in Devil's Castle :
It's time to power up, and Roshi holds the key! Before Goku and Krillin can unlock the secrets of the hermit's training, a thrilling quest awaits! The old teacher directs the two warriors to the treacherous Devil's Hand where they must find a Sleeping Princess and return the maiden to their master's island.
Their journey is wrought with peril, as the devious Launch races the heroes to their goal! In a true test of Goku and Krillin's might, Lucifer, a sinister vampire backed by an army of vicious ogres, seeks to annihilate the Saiyan and his friend, and destroy the Earth! Join Bulma, Yamcha, Oolong, and the whole Dragonball gang as the fate of the world is decided in this epic adventure!

Mystical Adventure:
Goku and Krillin have completed their training under the mystical Master Roshi. Now the duo is off to test their newly acquired skills at a prestigious martial arts tournament sponsored by the young emperor Chiaotzu. The winner of the tournament is said to get an audience with the Emperor, and a wish for anything they want!
But sinister plans are underway beneath the façade of the elaborate tournament. The young emperor's wife has been kidnapped! The emperor's right-hand man, Master Shen, has convinced him the Dragon Balls must be gathered to wish her back. But secretly, he and his henchman Master Tao plan to overthrow the Emporer, and with the help of the Dragon balls, rule the kingdom themselves! And to complicate matters even more, Bulma and the gang are desperately searching for the dragon balls as well.