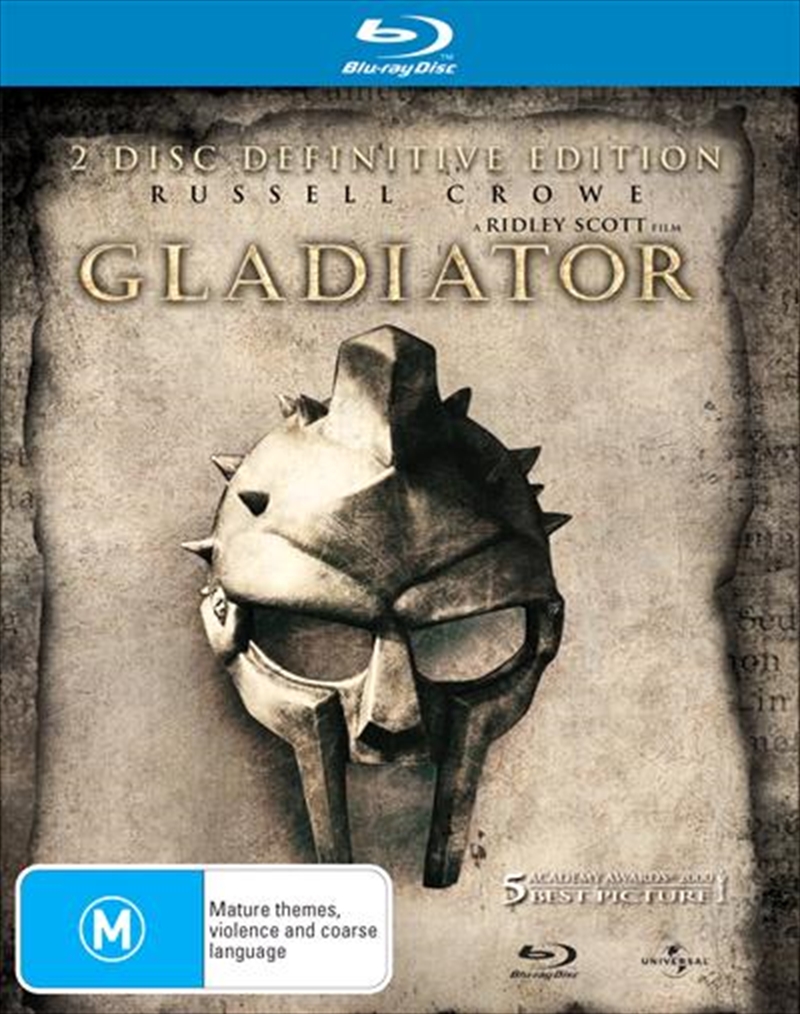 Theatrical & Extended versions of the film

The Scrolls of Knowledge: Are You Not Entertained w/Behind the Scenes Historical PODS

Visions From Elysium: Topic Marker (a new U-Control feature that will allow viewers to tag moments of interest throughout the film and create a ‘shopping list’ of topics to learn about in the suppleme

Strength and Honour: Creating the World of Gladiator

The Aurelian Archives: The Making of Gladiator

An Evening with Russell Crowe

Maximus Uncut: Between the Takes with Russell Crowe