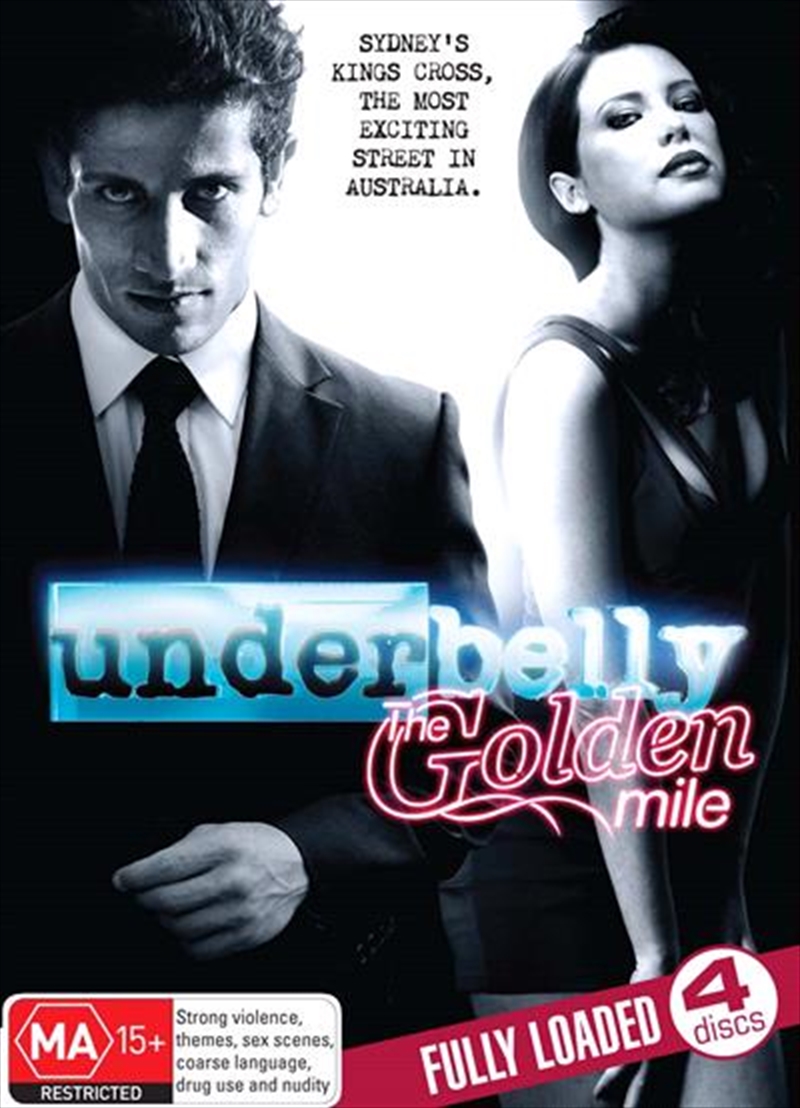 Shipping - See delivery options.
Postcode:
Quantity:
SEE MORE IN:
Underbelly 3 for $40 TV Cant Seem To Stream Aussie TV
DESCRIPTION
&lt;H3&gt; Underbelly The Golden Mile DVD - On Sale Now With Fast Shipping&lt;H3&gt;
Sydney, Kings Cross, 1989 The cops were bent and the crims were cool. And together they ran the most exciting street in Australia. Strippers, gamblers, gunmen, dealers, bouncers, bagmen they all came to the Golden Mile. A smart and sexy young Kim Hollingsworth, smiling teenage Kings Cross identity Johnny Ibrahim, the Bayeh Brothers, Trevor Haken, Chook Fowler...the Golden Mile was their playground, and they played like there was no tomorrow. Then, in 1995, tomorrow came and the Wood Royal Commission cleaned out the Black Empire within the NSW Police. But it left behind a mess that took years of mayhem to bring under control.
TRAILER
DETAILS