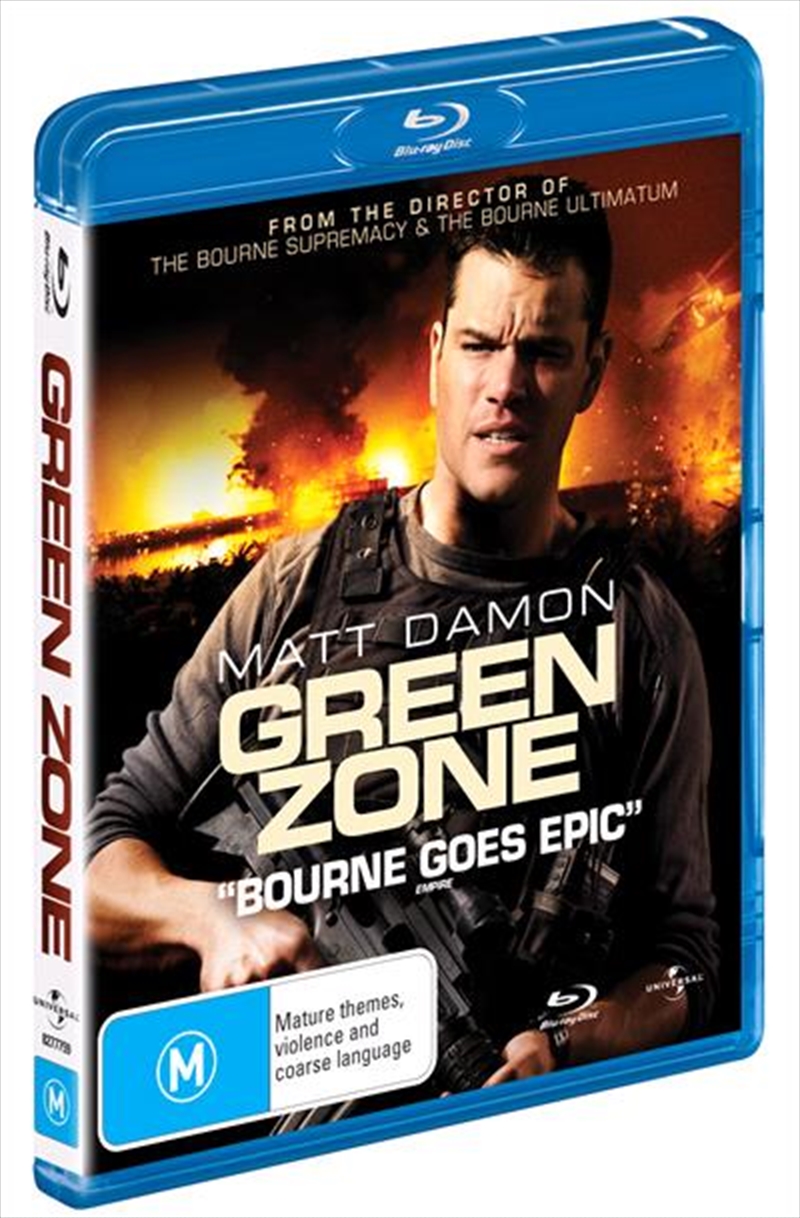 Matt Damon & director Paul Greengrass (The Bourne Supremacy, The Bourne Ultimatum, United 93) re-team for the electrifying thriller, Green Zone. In the film, Damon stars as Chief Warrant Officer Roy Miller, a rogue U.S. Army officer who must hunt through covert and faulty intelligence hidden on foreign soil before war escalates in an unstable region. Following the American invasion of Iraq in 2003 Chief Warrant Officer Roy Miller and his men are charged with finding the so-called weapons of mass destruction,whose existence justified American involvement,according to the Pentagon and their man in Baghdad,Poundsgate. Veteran CIA operative Marty tells Miller that there are no weapons,it is a deception to allow the Americans to take over the country and install a puppet leader. Marty correctly anticipates that,despite Bush's gung-ho assurances, the policy is doomed to failure.