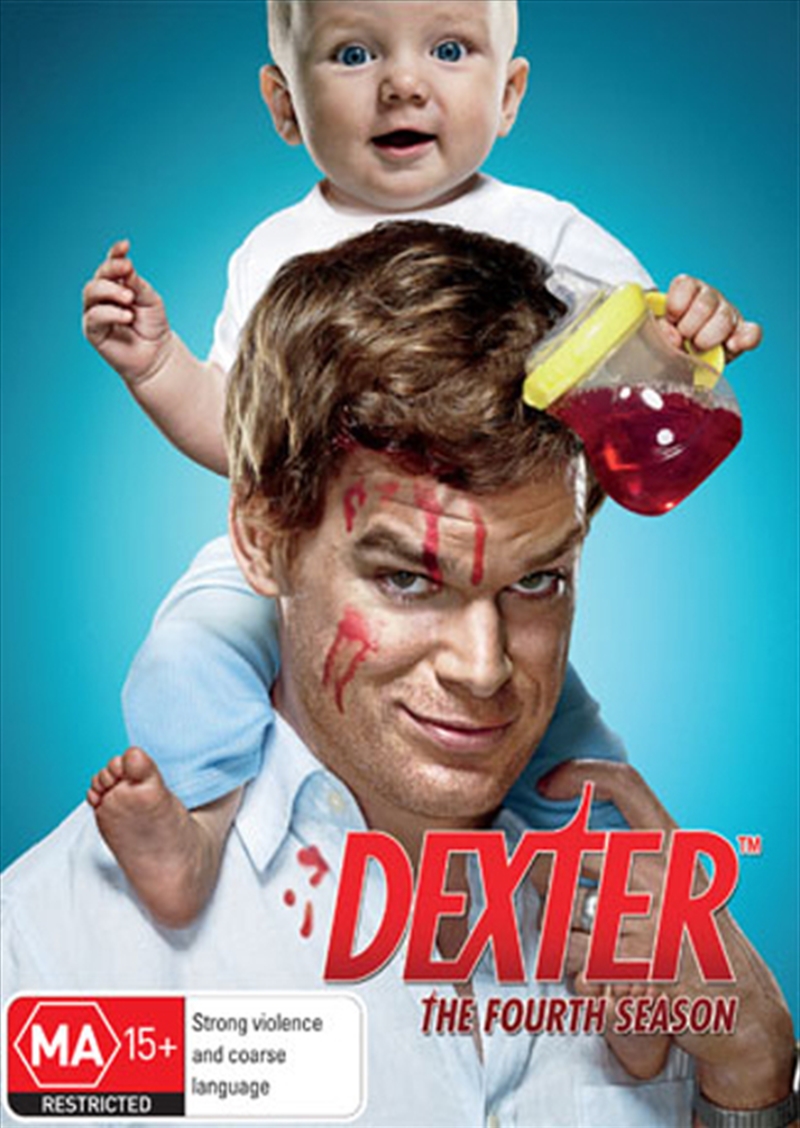 The Fourth Season brings not just one, but two new arrivals - a baby, and The Trinity Killer! The groundbreaking and critically acclaimed original series from Showtime, starring Golden Globe winner Michael C. Hall, returns on DVD with all 12 thrilling and riveting episodes. America’s favourite serial killer has gone from freewheeling bachelor to responsible husband and doting dad. Maintaining an average-guy facade while satisfying his need to kill has never been easy. But now, with wife and kids in tow, Dexter's got more to lose then ever, as he gets drawn into a deadly game with a killer every bit as dangerous — and conflicted — as he is - the Trinity Killer, brilliantly played by John Lithgow, winner of a Golden Globe and Emmy Award for the role!