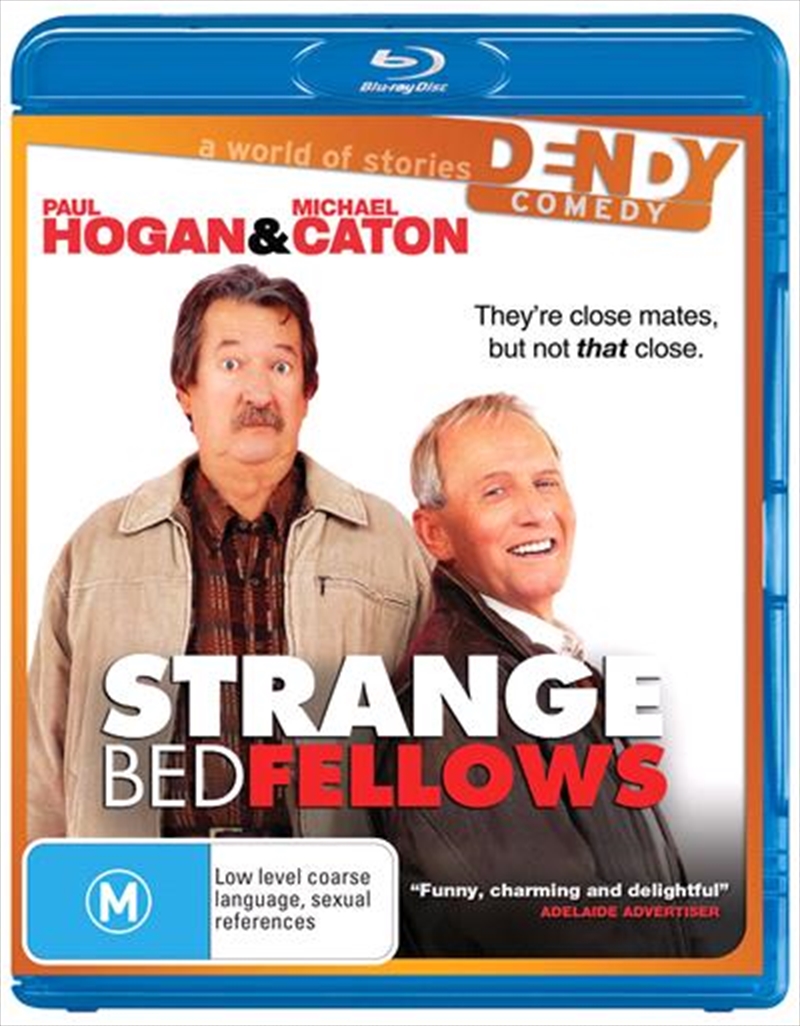 DESCRIPTION
Starring two of Australia's leading comic actors Paul Hogan (Crocodile Dundee) and Michael Caton (The Castle), Strange Bedfellows, tells the hilarious and heart warming story of two very straight country blokes who, out of financial desperation, declare themselves a gay couple to exploit a new tax legislation.
When a tenacious tax inspector, played by the internationally renowned Pete Postlethwaite (In the Name of the Father), is sent to verfiy their authenticity, all hell breaks loose in the once sleepy township of Yackandandah as the blokes are suddenly forced to pose openly as a 'loving gay couple' in a town that knows them as anything but!
TRAILER
DETAILS