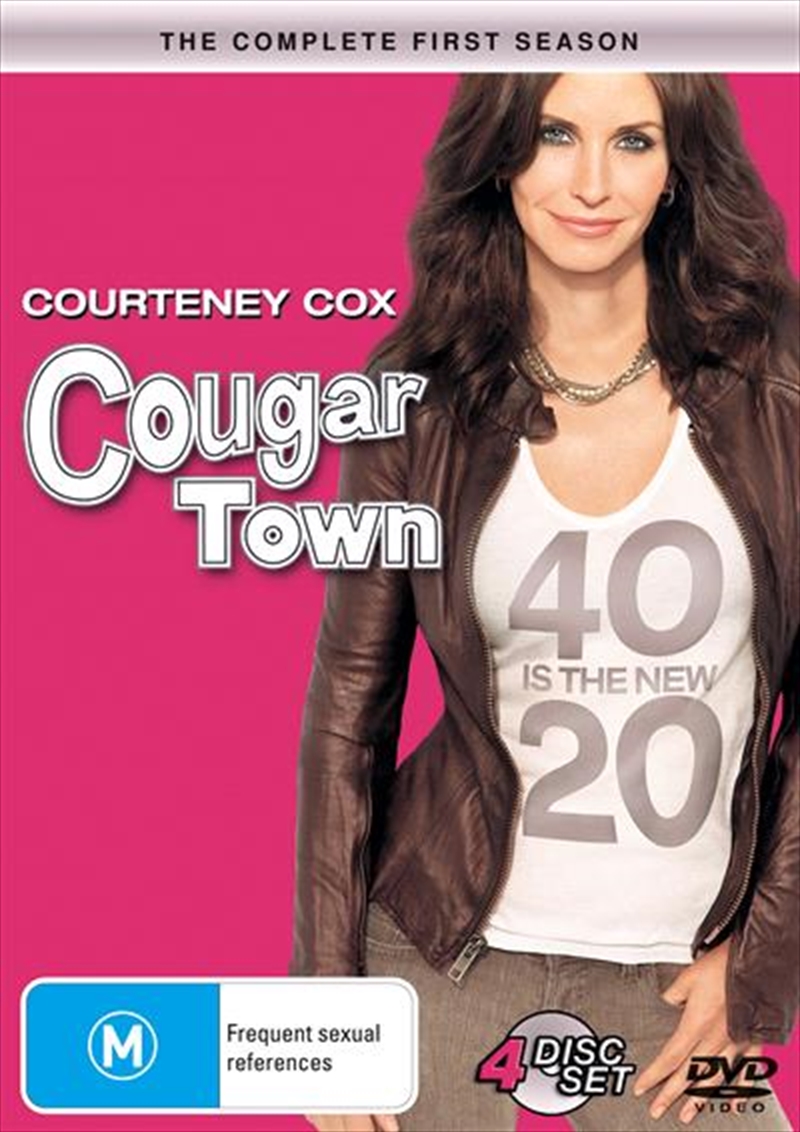 Here's your chance to bring home the hottest single mum in town! Golden Globe nominee* Courteney Cox (Friends) stars in the hilariously sexy hit comedy Cougar Town: The Complete First Season. After spending the last seventeen years as a wife and mother, recently divorced Jules (Cox) has reluctantly waded back into the dating pool and quickly finds herself in over her head. Now forty-something and single, Jules tackles real-life issues - dating, parenting and friendship. It doesn't help Jules that her two best friends can hardly stand each other, her ex-husband is hanging around more now than he did during their marriage...and there's that handsome divorced neighbour that Jules can't quite get out of her head. Created by Kevin Biegel and Bill Lawrence (Scrubs), Cougar Town is packed with laugh-out-loud moments and features a cast of television's brightest comedic stars. Cougar Town: The Complete First Season struts its stuff in this DVD collection, along with exclusive special features and one or two special surprises. Cougar Town - it's more than a place, it's a state of mind.
DETAILS