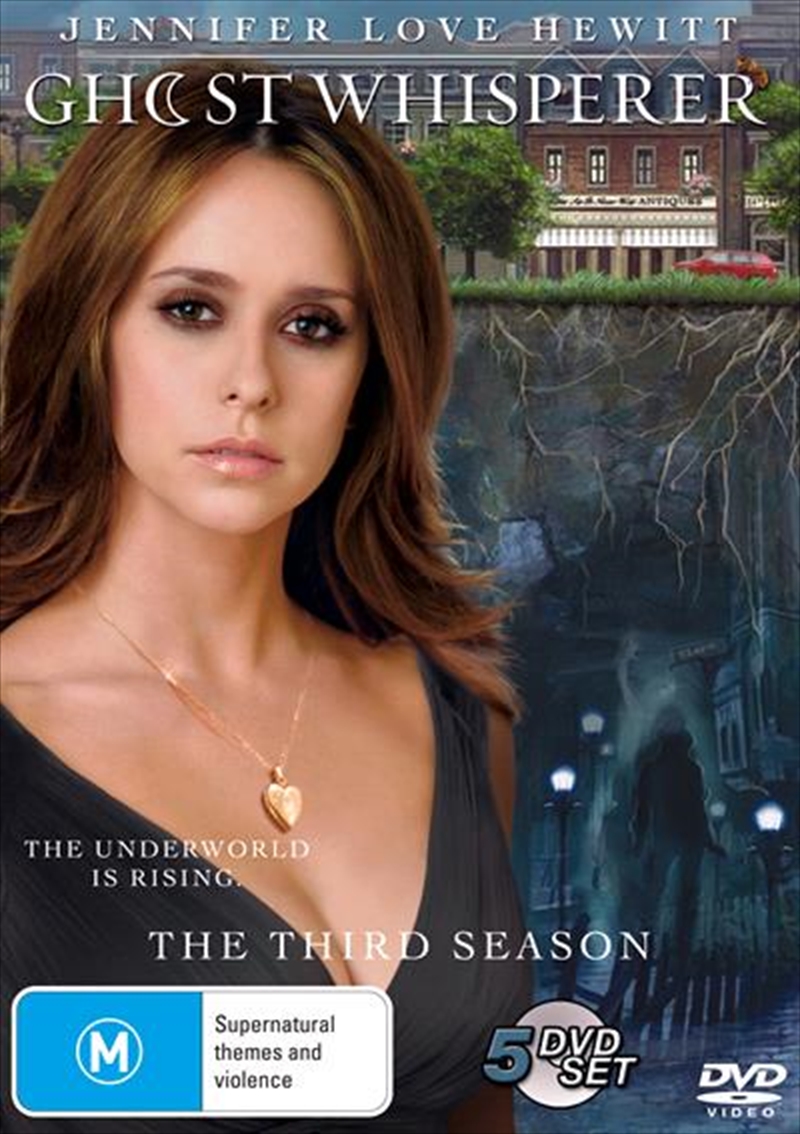 Shipping - See delivery options.
Postcode:
Quantity:
SEE MORE IN:
2 for $40 TV All 2 for $40
DESCRIPTION
The dead are talking...and she is listening.

The hit drama Ghost Wisperer plunges into new territory, literally rocking the foundation of the series. At the end of season two, Melinda (Jennifer Love Hewitt) met the ghost of her estranged father, who told her she has a brother. Melinda's search for the truth of her family history grows ever more complex and dangerous when she learns that her roots are bound to the roots of Grandview itself. Melinda and husband Jim (David Conrad) begin to wonder whether this small town they chose for its peace and tranquility might have actually chosen them. With the help of occult expert Professor Payne (Jay Mohr) and loyal but skeptical friend Delia (Camryn Manheim), Melinda digs for answers. She discovers that in the town?s desperation to bury its own dark past, a whole other world was left festering literally beneath their feet. Journey with Melinda as she uncovers the mysteries of Grandview in all 18 third-season episodes.
DETAILS