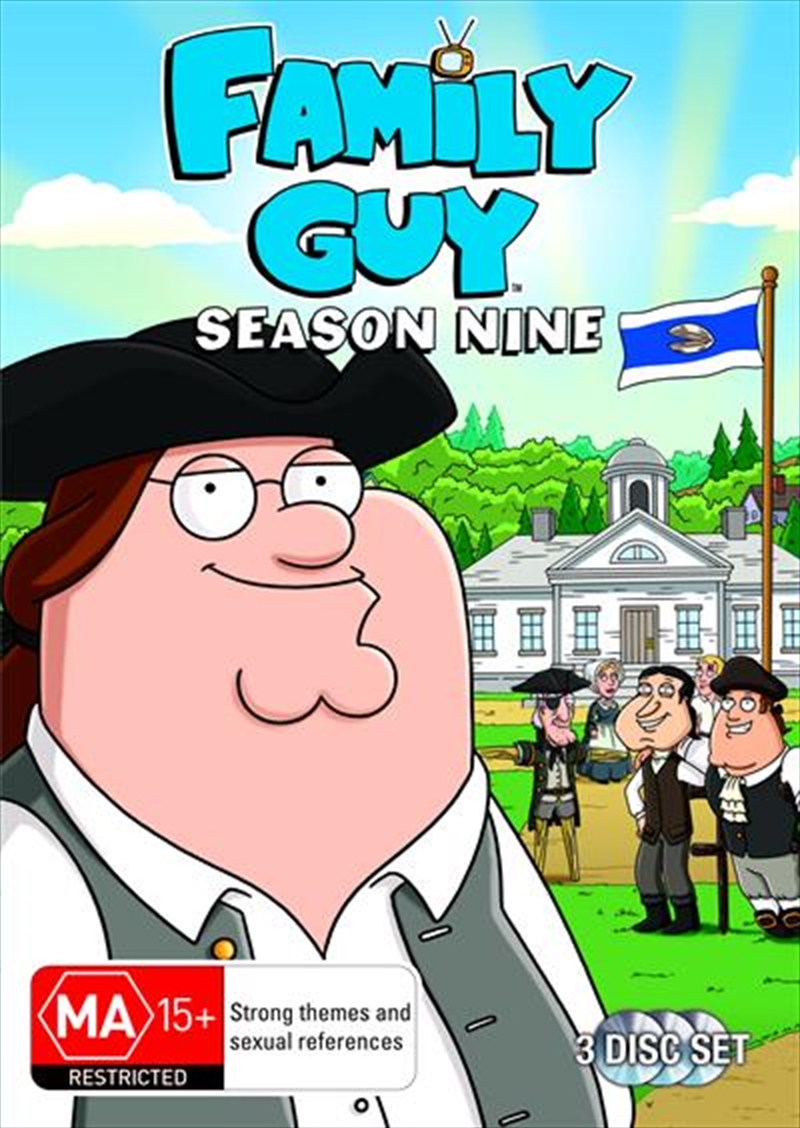 Shipping - See delivery options.
Postcode:
Quantity:
SEE MORE IN:
Family Guy 3 for $50 TV All 3 for $50
&lt;H3&gt; Family Guy Season 9 DVD - On Sale Now With Fast Shipping&lt;H3&gt;
Season 9 will include the third guest appearance by James Woods. One episode will just be Stewie and Brian locked in a room together for an entire episode with no cut-aways, flashbacks or props. Another plot has Meg exploring her sexuality. On the special Creating the Chaos other plot lines are revealed such as Lois stealing one of Meg's boyfriends. There will also be an episode with Lois having an abortion. This episode has been deemed too offensive to be broadcast on TV (FOX), and will be released direct-to-DVD.

Not All Dogs Go To Heaven

We Love You Conrad

Road to the Multiverse

Spies Reminiscent of Us

Brian's Got A Brand New Bag

Jerome Is The New Black