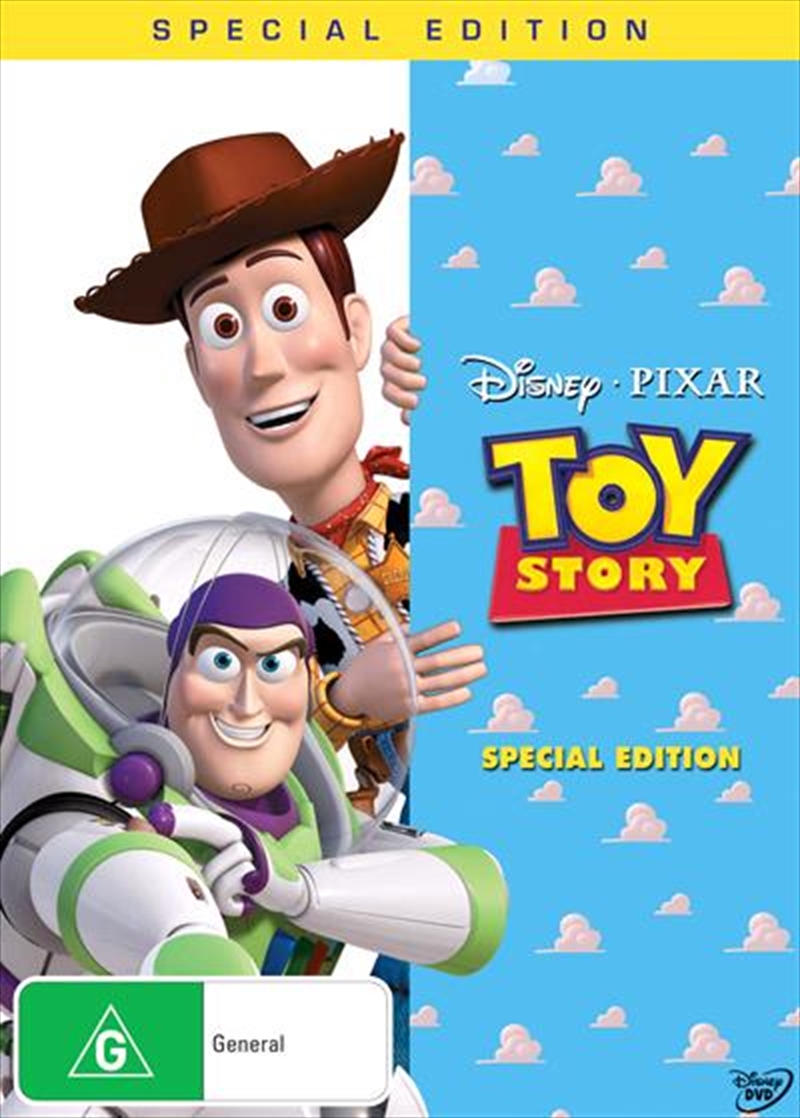 SEE MORE IN:
4 for $50 DVD, Blu-ray & More Toy Story Disney Movie Classics Feel Good Movies
DESCRIPTION
Experience a spectacular new dimension of fun and adventure with Disney's No.1 box office smash hit and the recipient of a special Academy Award - TOY STORY! When a flashy new "space ranger" named Buzz Lightyear (Voiced by Tim Allen - The Santa Clause) enters the world of a pull-string cowboy named Woody, (voiced by Oscan winner Tom Hanks), it sparks an outrageously funny tiff between toys. Accidentally whisked away from home and into the clutches of a neighbourhood bully, these two squabbling rivals must work together as a team if they are to escape. With toy box pals Rex the dinosaur, the Green Army Men and Mr. Potato Head ready to lend a hand, Woody and Buzz unite in friendship for a phenomenal adventure home! Visual wizardry, uproarious laughs and the coolest characters ever assembled transform the world's first computer-animated feature into an incomparable movie marvel. No matter what your age, TOY STORY will dazzle you every time!
TRAILER
DETAILS