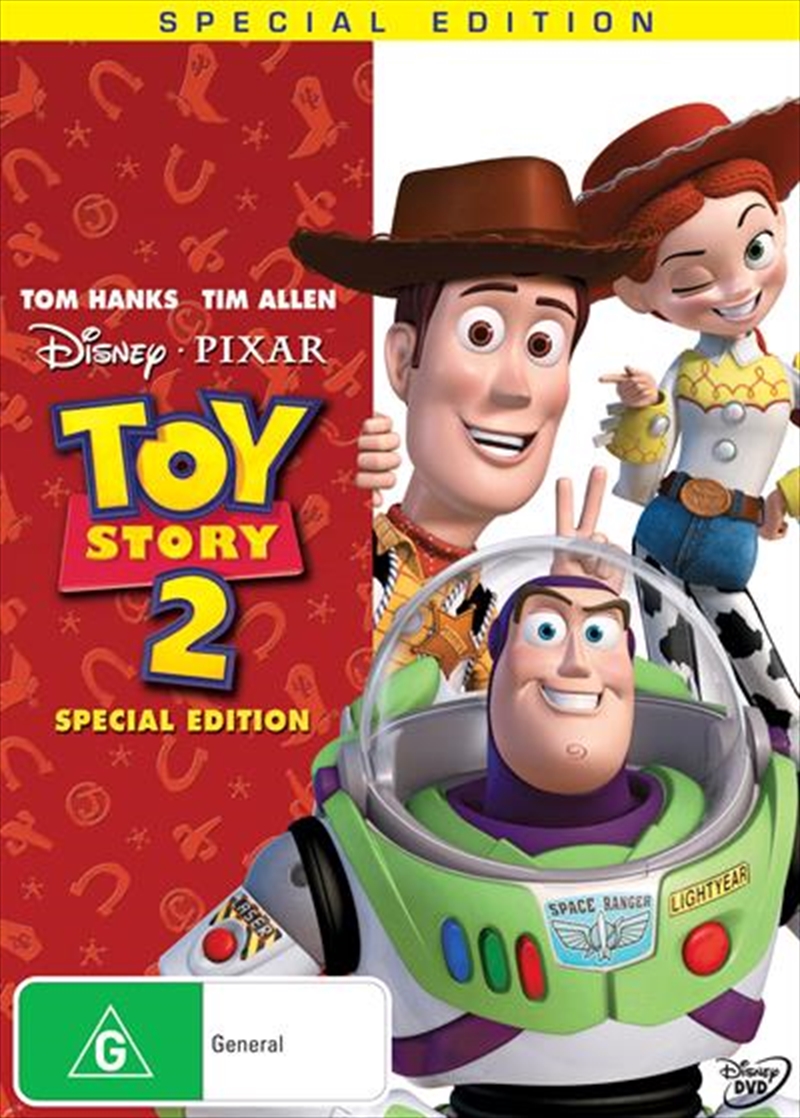 While Andy is away at summer camp, Woody is toynapped by Al, a greedy collector. Before you can say "to infinity and beyond", Buzz Lightyear, Mr. Potato Head, Hamm, Rex and Slinky Dog spring into action in a thrilling and hilarious rescue mission that will have everyone cheering! This enormous box office smash garnered worldwide critical reviews and won a Golden Globe award for Best Picture! TOY STORY 2 features the original voice cast, headed by Tom Hanks as Woody and Tim Allen as Buzz Lightyear. Joining them is a roundup of heartwarming, unforgettable new characters, including Jessie the cowgirl, Bullseye the horse and Stinky Peter the prospector. A masterpiece of great storytelling, laugh-out-loud humour, wonderful music, and eye-popping animation, TOY STORY 2 is a joy for both kids and adults!