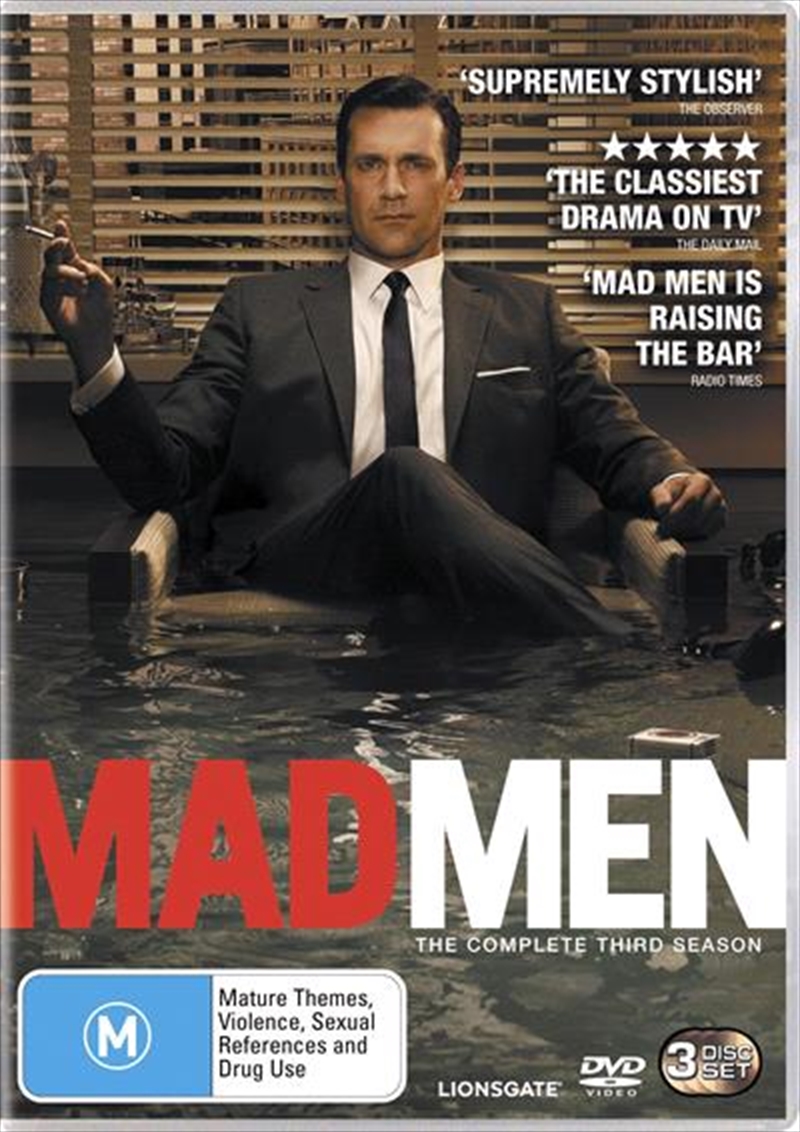 Set in 1960s New York City, Mad Men explores the glamorous and ego-driven "Golden Age of advertising, where everyone is selling something and nothing is ever what it seems. And no one plays the game better than Don Draper (Golden Globe - winner Jon Hamm), Madison Avenues biggest ad man and ladies' man in the business.

Returning for its second season, the Golden Globe-winning series for Best TV Drama and Actor continues to blur the lines between truth and lies, perception and reality. The world of MAD MEN is moving in a new direction -- can Sterling Cooper keep up? Meanwhile, the private life of Don Draper becomes complicated in a new way. What is the cost of his secret identity?
DETAILS

LOVE AMONG THE RUINS

GUY WALKS INTO AN ADVERTISING AGENCY

THE GYPSY AND THE HOBO

SHUT THE DOOR. HAVE A SEAT