Best Little Whorehouse In Texas, The 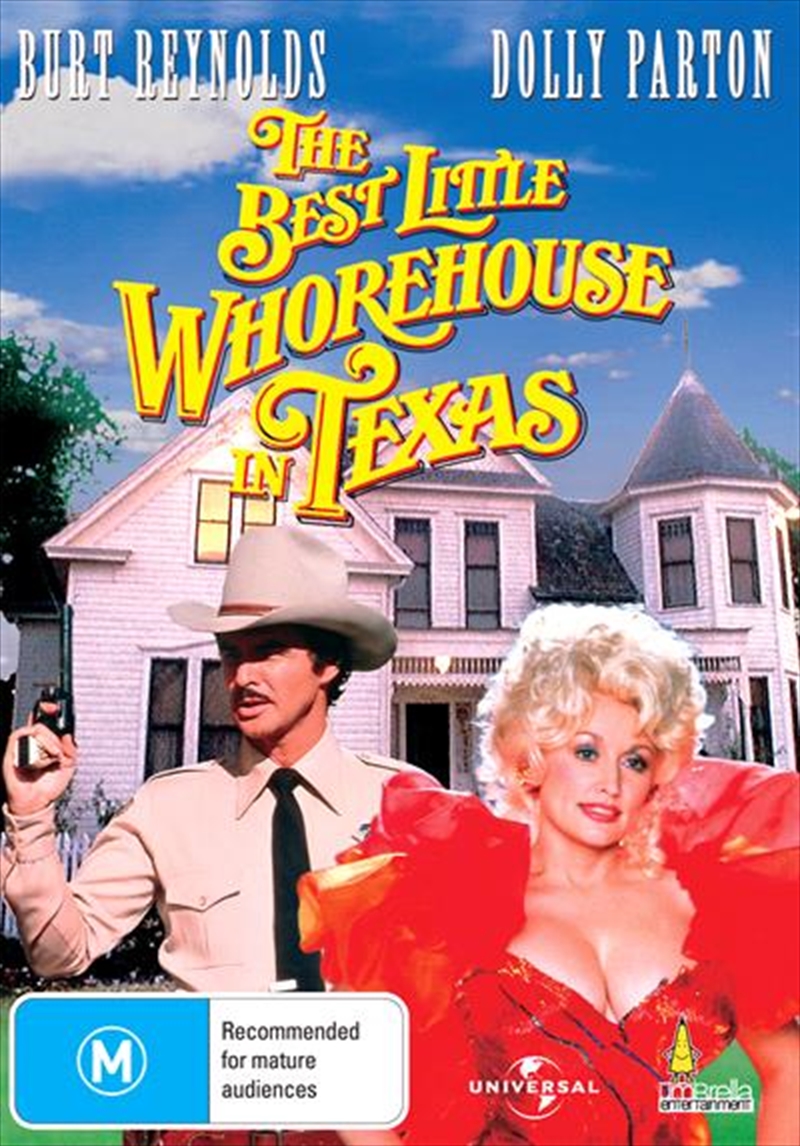 Best Little Whorehouse In Texas, The

Shipping - See delivery options.
Postcode:
Quantity:
SEE MORE IN:
Dolly Parton
DESCRIPTION
With Burt and Dolly this much fun just couldn't be legal! Under the proprietorship of the lively buxom madam, Miss Mona (Country and Western superstar Dolly Parton), business at Chicken Ranch brothel is booming. Town Sheriff Ed Earl Dodd (Burt Reynolds, Smokey and the Bandit) is Mona's boyfriend, a down-home boy who covers up for illegal goings-on. This convenient arrangement is disrupted when the Chicken Ranch is targeted by moralistic TV media crusader Melvin P. Thorpe (Dom DeLuise) who exposes it as the Devil's playhouse on his glitzy, song-and-dance TV news show. Melvin will stop at nothing to shut the place down. Based on the true story of the reporter who attempted to close down the real life "Chicken Ranch" brothel in LaGrange, Texas, The Best Little Whorehouse in Texas, started life as a Broadway show and became the most successful movie-musical of the 80s.
DETAILS