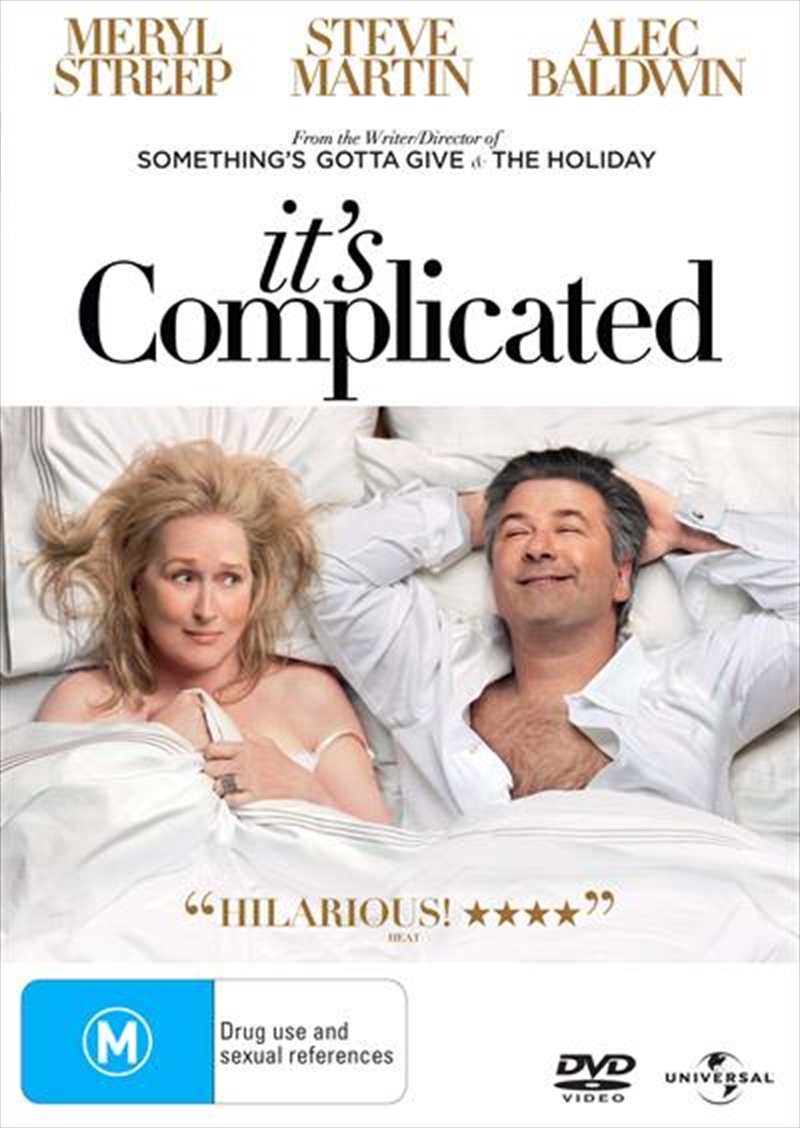 SEE MORE IN:
3 for $20 Movies & More Unstreamables Cant Seem To Stream Best Romcoms
DESCRIPTION
Two-time Academy Award winner Meryl Streep, Steve Martin and Alec Baldwin star in this hilarious look at marriage, divorce and everything in between. With a thriving bakery, a new romance and her divorce finally behind her, Jane Adler (Streep) has her life all figured out... until her ex-husband Jake (Baldwin) decides he'll stop at nothing to win her back. From writer/director Nancy Meyers (The Holiday), "It's Complicated" is the feel-good comedy hit that will leave you laughing out loud!
TRAILER
DETAILS