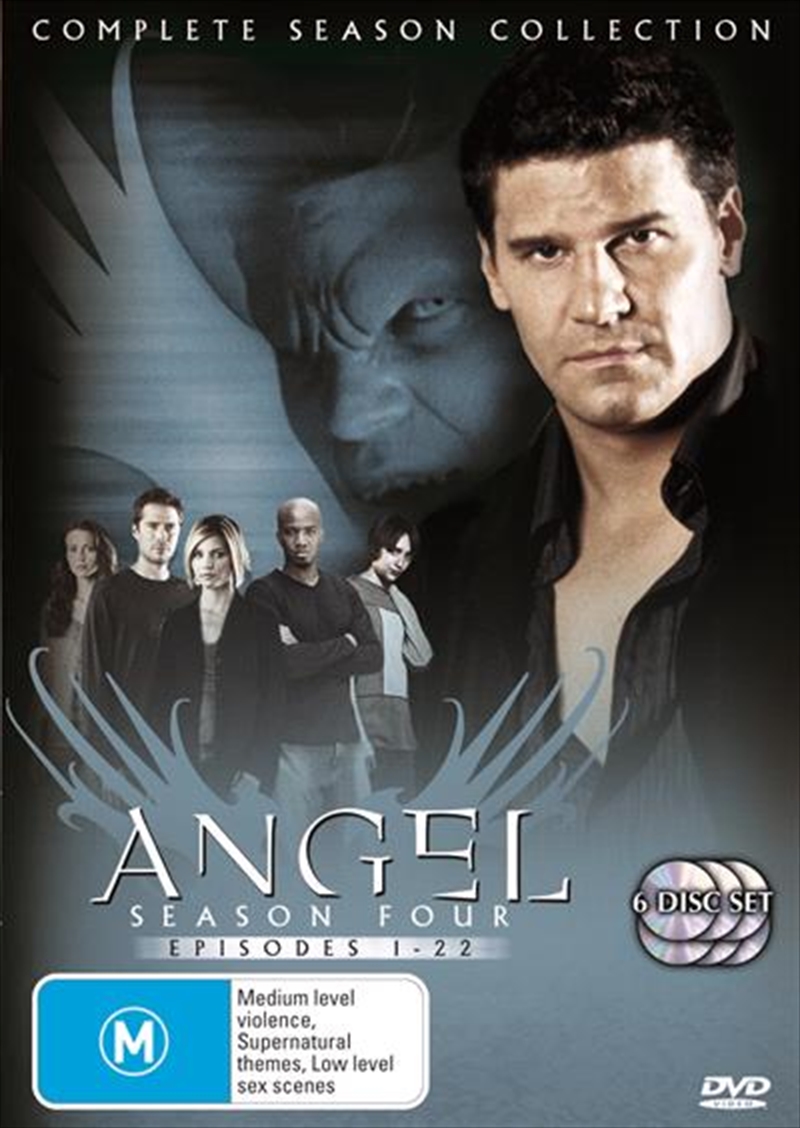 The apocalypse has begun, enveloping Los Angeles in eternal darkness, and the only way to restore things to their natural order is to bring Angelus back. Wesley rescues Angel from his watery grave at the beginning of the season. Cordelia returns from her stint as a higher being, except that she can't remember anyone or anything. Taking refuge with Connor, Cordelia and Connor begin their own special relationship. The beast descends on Los Angeles, killing a group of Totems linked to the ancient sun god Ra which leads to the sun being blocked out of the sky. The gang realizes that the only chance they have to fight the beast is to bring back Angelus. However, in bringing him back, they have unleashed an evil Angelus which is as savage as ever. Unable to stop him on their own, the gang calls on Faith and Willow to assist. Meanwhile, Cordelia, who had been controlling the beast, becomes pregnant with Connor's child and prepares to give birth. 6 DVD's - 'Deep Down', 'Ground State', 'The House Always Wins', 'Slouching Toward Bethlehem', 'Supersymmetry', 'Spin The Bottle', 'Apocalypse, Nowish', 'Habeas Corpses', 'Long Day's Journey', 'Awakening', 'Soulless', 'Calvary', 'Salvage', 'Release', 'Orpheus', 'Players', 'Inside Out', 'Shiny Happy People', 'The Magic Bullet', 'Sacrifice', 'Peace Out', 'Home'.
DETAILS