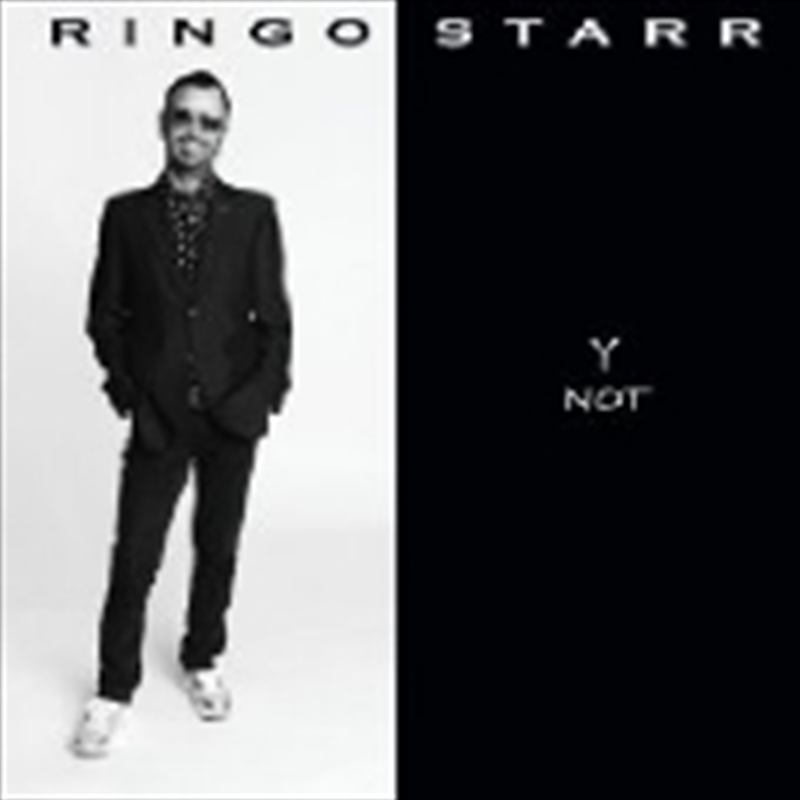 Shipping - See delivery options.
Postcode:
Quantity:
SEE MORE IN:
2 for $40 Music
Throughout recorded history, great artists across the universe have dared to ask "Why?" On February 5th, 2010, one brave man named Ringo finally boldly declares the ultimate answer -- Y Not. For the first time in one of popular music's most enduring and illustrious careers, Ringo Starr has decided to take charge and produce himself. The result is perhaps the most personal and impressive album of this rock legend's entire solo career. The joyous result is Y Not, a groovy and deeply felt song cycle that finds Ringo leading a smaller core group of old and new friends including longtime pal and recent brother-in-law Joe Walsh, Dave Stewart and longtime Roundheads member Steve Dudas on guitar, Benmont Tench of Tom Petty and the Heartbreakers on keyboards, Don Was and Mike Bradford on bass. The album also features Starr's engineer and co-producer Bruce Sugar on keyboards, as well as some special guests like Joss Stone, Ben Harper and Richard Marx on vocals, Ann Marie Calhoun on violin and Tina Sugandh -- aka Tina The Tabla G irl - on tabla and chanting. Starr's songwriting collaborators on Y Not also include familiar and new names like Joe Walsh, Dave Stewart, Joss Stone, Glen Ballard, Richard Marx, Van Dyke Parks, Gary Nicholson plus Gary Wright and his former Roundhead band member, Gary Burr.

Yet no collaborator featured on Y Not is likely to receive as much attention as Starr's former bandmate and longstanding mate Paul McCartney, who adds a characteristically brilliant bass part to the inspiring "Peace Dream" -- Starr's latest heartfelt plea for peace and love -- and even more notably provides his unmistakably fabulous vocals to "Walk With You," an exquisite new composition by Starr and Van Dyke Parks.

1. Fill in the Blanks

3. The Other Side of Liverpool

7. Mystery of the Night