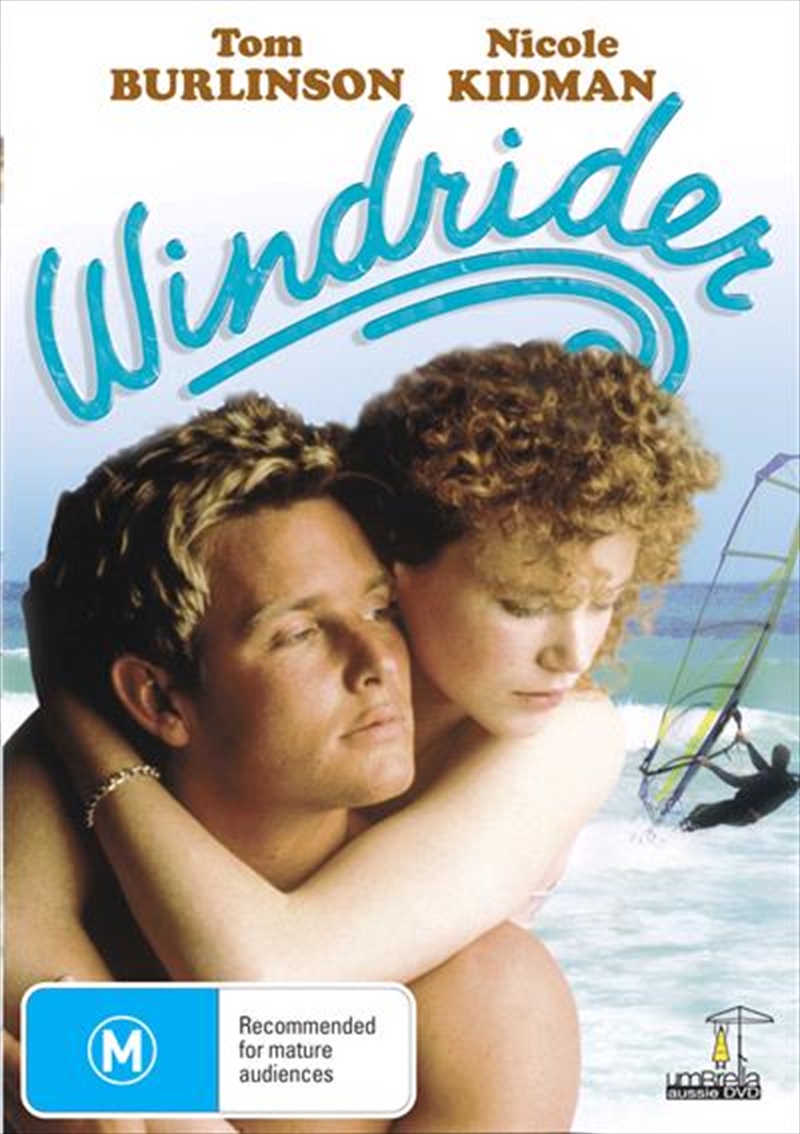 EXCLUSIVE TO AUSTRALIA! Stewart Simpson (Tom Burlinson, Phar Lap, The Man From Snowy River) lives in a magnificent beachfront home with his wealthy father and indulges his passion for windsurfing on a daily basis. His father (Charles 'Bud' Tingwell) may fault him for not working at a regular job, but he can appreciate his son's remarkable abilities on the waves. Jade (Nicole Kidman in her first adult role) is an alluring rock singer who starts an romance with P.C., but as the romance blooms sport, friends and an upcoming championship become secondary. After several setbacks P.C. could wipe out completely. A hit with young audiences both in Australia and the U.S.A., Windrider features heart-stopping windsurfing sequences and the stunning scenery of coastal Western Australia.

OFLC Advice: Recommended For Mature Audiences 15 Years And Over